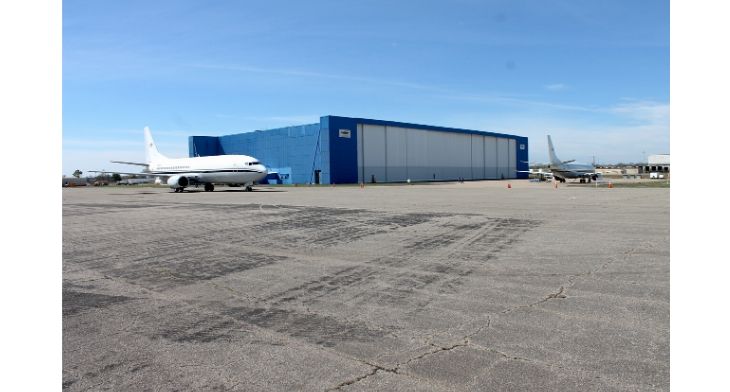 A provider of aircraft services for aircraft including maintenance and avionics King Aerospace is outgrowing its four hangars’ 200,000 sq.ft of space at Ardmore Airport, part of Ardmore Municipal Airport in Oklahoma.

The company is finalising its plans to build a new hangar that will add 90,000 sq. ft.– a 45% increase. The additional footage will accommodate multiple large aircraft and facilities that will support large aircraft interior projects. Construction is expected to take up to 15 months.

Dallas-based King Aerospace has been at the airport since 1993 having been attracted initially by the two runways. The longest at 9,000 ft accommodates commercial airlines and long-range business jets. At 3,500 ft. the other serves turboprop aircraft and light-to-midsize jets.

“We appreciate the city’s ongoing improvements to infrastructure and commitment to help companies like King Aerospace grow,” said King Aerospace’s President, Jarid King. ‘Our city partners are always there for us, helping in ways large and small.”