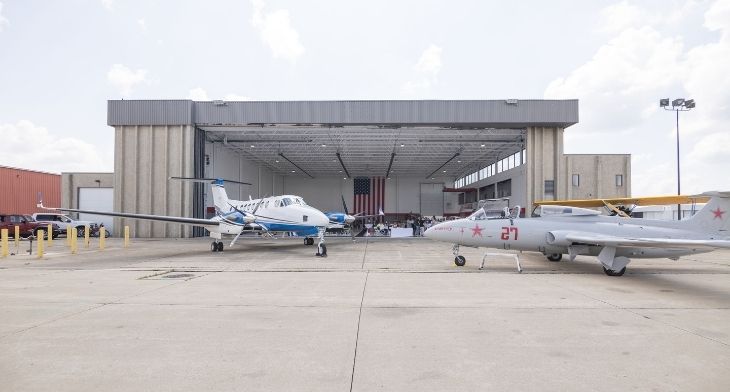 The acquisitions of the Wisconsin and Chicago FBOs mark Carver Aero’s first expansion outside of Iowa, fulfilling its business strategy to support communities throughout the Midwest.

“Avfuel is proud to partner with Carver Aero’s customer-focused team and is honoured to raise its sign at each of Carver Aero’s premier FBO locations,” said Joel Hirst, Avfuel’s Senior Vice President of Sales. “The addition of Janesville and Aurora to the Avfuel network provides exceptional service options in key Midwestern locations for Avfuel’s flight department customers.”

Meanwhile, Carver Aero’s CEO, Guy Lieser, underlined that the FBO operator’s goal is to “bring back the wonder of personal aviation – from piloting aircraft to providing living wage careers in maintenance, avionics and line services in small towns throughout the Midwest.” He also added that, “We strive to make the municipal airport relevant to the communities in which we operate because many people are unaware that these are their airfields and they can accommodate the business and personal needs of everyday people.”

Carver Aero acquired Wisconsin’s Janesville Jet Center in July, with the acquisition including the 2,725 sq. ft. FBO terminal, featuring a pilot’s lounge, dining area, A/V-equipped conference room, WiFi and a flight planning room. In addition, a 7,700 sq.ft. adjoining hangar capable of accommodating up to a Lear 60 or Citation XL was included in the purchase.

The Chicago facility at Aurora Municipal Airport was announced in August and included a two-storey, 30,000 sq. ft. FBO terminal building, which in addition to FBO operations includes a flight school, two office suites, 20 offices, a line service office and three break rooms. The FBO is one of two on-field facilities at the Illinois hub.
Carver Aero has six additional hangars on the airfield ranging in size from 6,400 sq. ft. to 39,000 sq. ft. housing a further 15 offices, conference rooms and a sport pilot training school. With the hangars, Carver Aero is able to accommodate aircraft up to a Gulfstream IV.