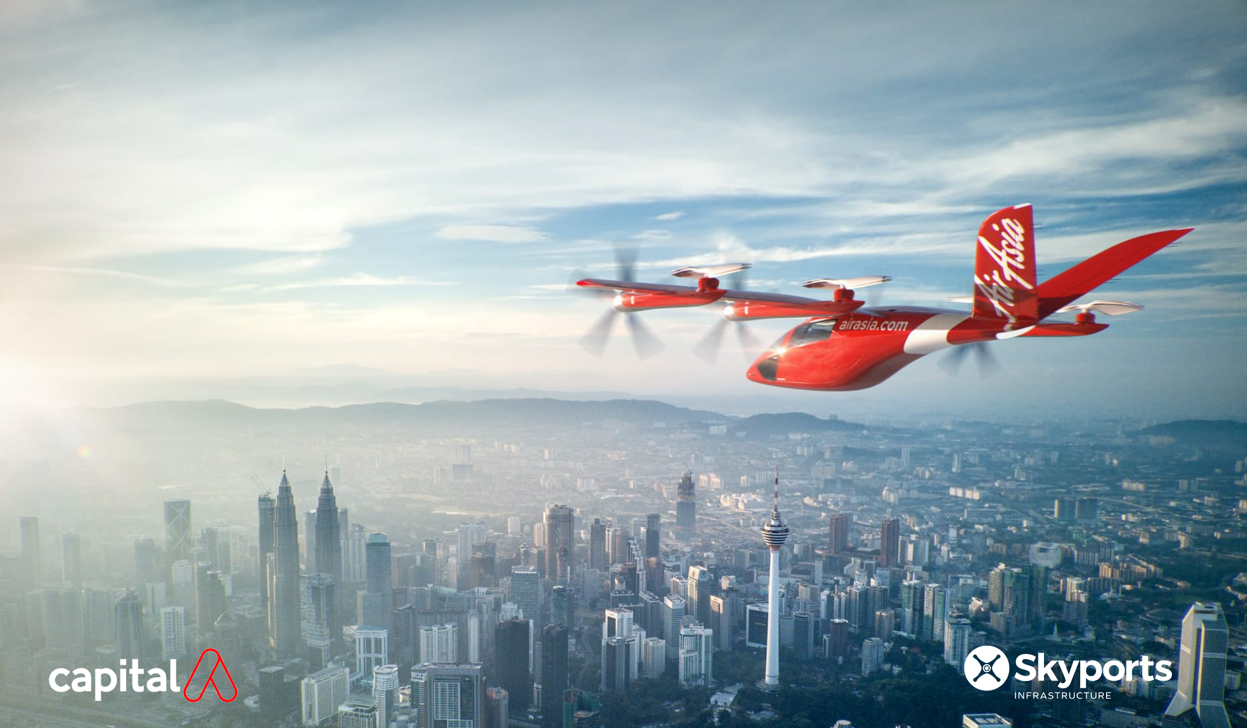 The collaboration is an important next step in establishing a fully operational vertiport network in the country. As the industry matures, partnerships between traditional aviation stakeholders and AAM specialists are essential in progressing the future of air transport and a well-integrated network of vertiports.

Leveraging the strengths of both parties, the partnership will draw on AirAsia’s aviation expertise and experience, as well as its on-ground market knowledge and networks. The last year has seen AirAsia has already announced future plans to lease 100 Vertical Aerospace VX4eVTOL aircraft from Avolon. Skyports Infrastructure brings to the table its global portfolio of designing and building take-off and landing infrastructure for eVTOL passenger aircraft with a diverse portfolio of projects across key cities including, Paris, London and Los Angeles. The company has also made in-roads in AAM infrastructure in Singapore and Japan, having formed partnerships to assess and develop vertiport opportunities in both countries.

Initial assessments will focus on Kuala Lumpur with joint feasibility studies for the integration of air taxi vertiport infrastructure, the identification of potential vertiport sites and the development of operational requirements and frameworks to ultimately implement a vertiport network in Malaysia.

Yun-Yuan Tay, Head of Asia Pacific, Skyports said: “We are excited to be partnering with AirAsia, a powerhouse airline operator that brings great synergy to our work at Skyports. This partnerhsip highlights the steady progress of AAM development and interest in Malaysia and the wider APAC region. With innovative and forward-looking partners like AirAsia, we will be able to take concrete steps towards the realisation of a safe, efficient and fully-integrated air taxi network, which brings real benefits to the people and communities it serves.”

Meanwhile, AirAsia Aviation Group Limited Chief Safety Officer and Head of AAM, Captain Ling Liong Tien added: “Following the announcement of our venture into the urban air taxi service earlier this year, we have been working around the clock to explore its feasibility in Malaysia. This partnership with Skyports will accelerate the review of the infrastructure including vertical take-off and landing platforms in the country as well as strengthen our potential as a zero-emissions, ultra-short-haul air travel provider in Southeast Asia.”

He also remarked that “working with skyports will put us ahead of the curve and shape the future of autonomous aviation in the region.”