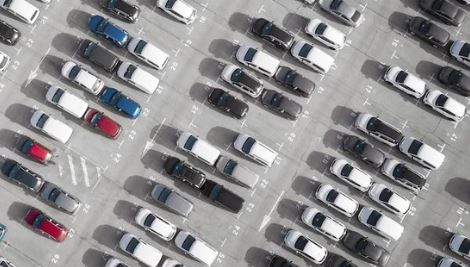 According to a study conducted in Q3, 2022 by confused.com car parking at Porto Airport in Portugal costs 97% less than local parking. The hub was also found to have the cheapest airport parking among 32 European hubs. A total of 32 airports were ranked according to the price difference between airport parking and nearby public car parks on Parkopedia.

At Porto, customers looking for short stays pay £3.44 at the airport, instead of the local average of £115.01. This was alsmost five times cheaper than parking at Alicante Airport in Spain (£16.36). Porto Airport also has the most affordable on-site parking for week-long stays, charging £24.08 for seven days. Nearby parking was found to cost £805.07 (£780.99) more expensive for the same amount of time.

Ranking second for cheapest parking was Arlanda Airport in Stockholm, Sweden, which was found to charge 77.09% less than the nearby average for parking. Nice Cote d’Azur Airport in France was found to cost 58.82% less than the nearby average. Customers parking at the French hub typically pay £17.21 for 24-hour stays, instead of the local average of £41.81.

Alex Kindred, car insurance expert at Confused.com commented: “Holidaymakers are no doubt trying to save money where they can. And this will include parking costs. But airport parking, while expensive, can be worth the money for peace of mind when travelling as it’s often hassle-free and secure.

“With airport parking being quite a significant expense, many may be attracted by the cheaper alternatives, such as off-site car parks. However, these do come with some risks.” He pointed out that for passengers wanting to save money on car parking it is tempting to opt for off-site options. However security at some of these facilities could be compromised and passengers should check the security measures in place before booking and avoid leaving any valuable inside.

He also noted that car doors should be locked and alarms working when using parking facilities. “It’s also advised to check your mileage when returning to your car. This is because some unofficial car parks could be charging less for your stay, but actually using your car whilst you’re on holiday.”