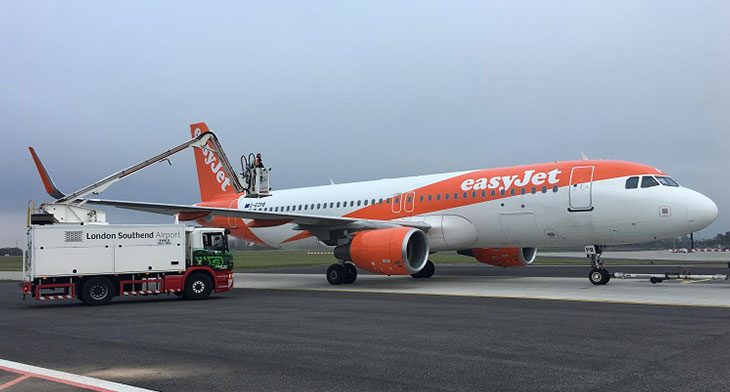 Thanks to an increase in the number of airline operators around the world and continued uncertainty over adverse weather conditions the global aircraft de-icing market is estimated to grow at a higher Compound Annual Growth Rate (CAGR), according to The Global Aircraft De-Icing Market Report 2025.

De-icing is vital to help prevent aircraft malfunctioning while in the air – the accumulation of ice can hamper the capability of a plane to fly safely and efficiently with frost, ice and snow all affecting the power that permits an aircraft to fly by way of altering the form of the tail and wing, as well as adding to an aircraft’s drag and weight.

Airports in North America are forecast to see the maximum share of the market for de-icing systems. This is primarily due to an increase in passengers and airline customers at US airports, which are among the busiest in the world. In addition the threat of hurricanes and adverse weather conditions in this region further adds to the need for de-icing of an aircraft’s exterior. In January 2018, more flights than ever before were grounded in North America due to storms.

As an innovative system offering an alternative to forced air and electro-thermal procedures the introduction of Electro-Impulse De-Icing (EIDI) is expected to boost the markets’ development according to the report. EIDI requires less power for a similar outcome to previous systems which has led to a rise in its implementation by airline operators.