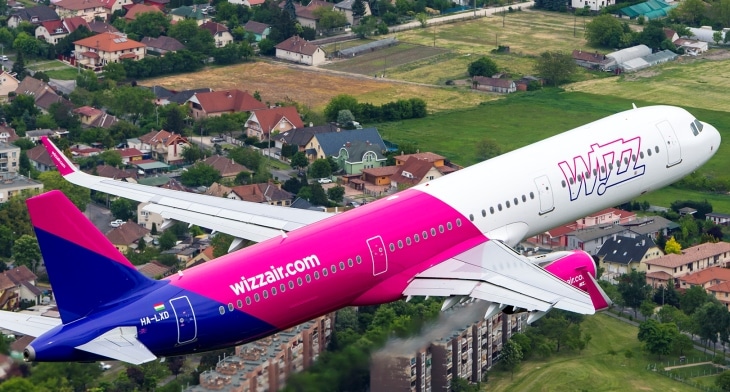 Wizz Air is expanding further at its London Luton base with the allocation of a ninth A321 Airbus aircraft and the launch of two new routes to the Portugese capital of Lisbon and Ukraine’s second largest city Kharkiv.

The additional A321 Airbus at the London Luton base will bring Wizz Air’s total investment in its UK operations this year to almost $1 billion (at list prices) and will create additional jobs at Luton.

By the end of the year, Wizz Air’s local team in London Luton will have grown to more than 350 aviation professionals, supporting over 5,300 jobs in associated industries on a yearly basis.

“Our ninth brand new Airbus A321 aircraft will arrive at London Luton at the end of 2018, allowing us to launch two new routes from London Luton to Lisbon and Kharkiv as well as increase frequencies on some of our most in-demand flights to Pristina, Tirana and Satu Mare.

Jones added that Wizz Air’s “continued investment in the United Kingdom” not only brings more destinations but “also creates more local jobs for passionate and dedicated aviation professionals to develop their career with one of Europe’s fastest growing airline groups.