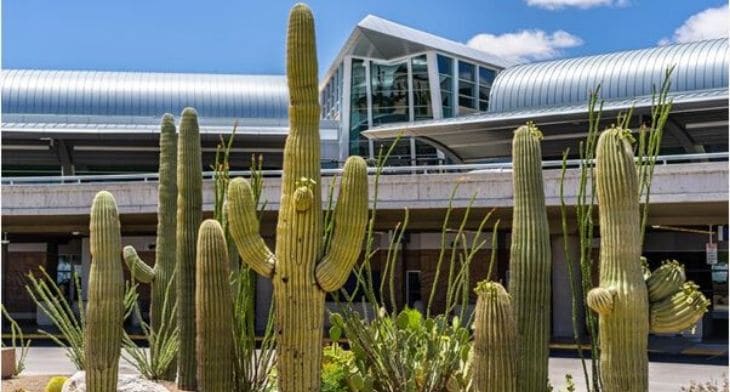 Tucson International Airport in Arizona is wrapping up the year on a high having commissioned a study that found an increasing number of passengers are choosing to fly from from the airport.

According to a statement released by the airport, the study found that nearly 115,000 fewer southern Arizonans are driving to use an airport two hours away. Consequently, TUS has gained 340,680 passengers per year.

“The fact that so many travellers are using TUS as their airport of choice is a good sign that we are headed in the right direction,” said interim president/ COE, Danette Bewley. “We continue to work closely with our community partners to demonstrate to the airlines that TUS has the demand to support additional nonstop air service to various destinations.”

With three months of statistics remaining, the airport is on pace for 2019 to have the fourth highest number of annual passengers in its history. Through October the Arizona hub has served more than 3.1 million passengers. This also makes 2019 one of five years the airport has topped 3 million passengers by the end of October. The other four years were the boom years from 2005 through 2008, before the Great Recession.