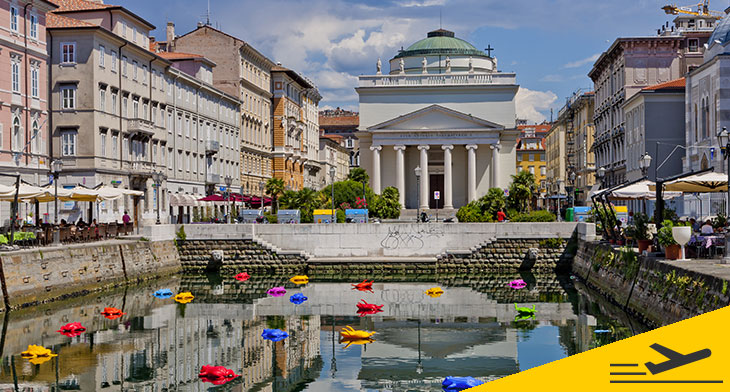 Having opened for business in Italy, Bulgaria and France just six months ago, Sky Valet Connect has unveiled the latest facility on its Italian network at Trieste Airport.

Sky Valet – the FBO of the Aéroports de la Côte d’Azur Group – created the Sky Valet Connect label in 2018 to allow FBOs to benefit from the marketing and commercial expertise of a known FBO brand, while maintaining their indepedence.

Commenting on the exclusive partnership with the business aviation terminal at Trieste Airport, Michel Tohan, executive VP of Sky Valet and director of the general aviation BU of the Aéroports de la Côte d’Azur Group, said: “I take great pride in the faith shown by Trieste airport in Sky Valet by supporting the development of its business aviation traffic.”

He also revealed that the Sky Valet Connect offer “will provide immediate access to the commercial power and the reputation of the brand and its network, and to heightened international visibility, while remaining independent.

Trieste is a gateway to North East Italy’s cultural and leisure attractions, as well as key business hubs in North Italy, Central and Eastern Europe. “In the last few years, we have invested €17,2 M in creating a multi modal hub with top technologies, to ensure the best customer experience,” said Vincenzo Zangrilli, Trieste Airport commercial director. “Now, together with Sky Valet we have all the tools to push Trieste Airport in a market segment which presents interesting growth potential.”

Trieste compelements the Sky Valet Connect label’s presence at Cuneo Airport, near Turin in Piedmont, Italy, as well as Avignon Airport in France and in Bulgaria where it operates at three locations: Sofia, Bourgas and at Gorna Oryahovitsa (the country’s only private international airport).

Header image: With plenty of its own cultural and business highlights, Trieste is the gateway to North East Italy.