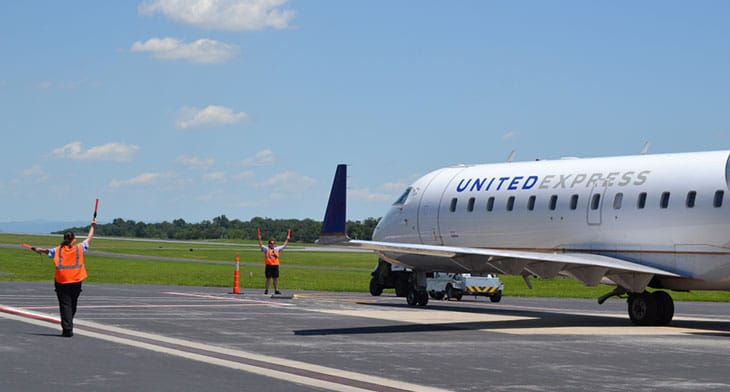 Since service with SkyWest commenced, the airport says it has seen passenger traffic increase 260% overall.

The airport has celebrated one year since the airline joined the airport, highlighting in a statement: “With just nine months of the new service in 2018 we surpassed passenger traffic records held for nearly two decades and I’m happy to report 2019 is shaping up to be even better!”

“It’s difficult to comprehend how much of an impact that the new service has had over the course of the year but one thing is for sure – SkyWest has delivered on everything they promised to bring to our community, plus some,” the airport wrote in a blog post, highlighting the reliability and passenger experience as particular benefits.

In April 2018 the airport celebrated the inaugural flight of the new jet service offered by United Airlines with SkyWest. The airline connects SHD with a jet service to Chicago O’Hare and Washington Dulles Airports.

However the airport said there is still work to be done, “We as a community must continue to demonstrate that this region prefers local air service for the market to truly realise its full potential.”

The airport is asking the community to take a survey regarding the service over the past year.