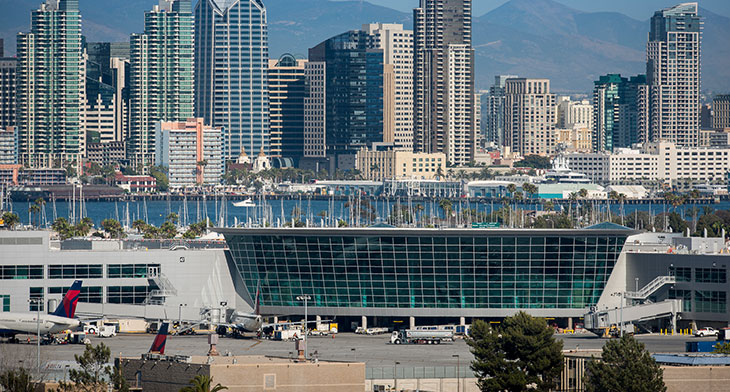 Comparing 2017 data from the US Department of Transportation, San Diego Tourism Authority, Airport Authority and on-airport tenants, the study measured the direct and indirect economic impacts generated by SAN. Since the last study was conducted in 2013 (using data from 2012), the airport has undertaken a number of construction projects to make travel easier and more efficient. Projects have included: The Green Build Terminal 2 expansion, a rental car centre, international arrivals facility and the on-airport roadway.

“This study highlights the airport’s role as far more than a vital transportation resource for the San Diego region,” said Kimberly Becker, Airport Authority President/ CEO. “SAN is a regional asset that is also a major economic driver and job creator, constantly looking at ways to improve the passenger experience and help the region become increasingly global.”

The study also indicates that the airport has had a significant impact on regional employment,with job opportunities supported by the airport increasing by 31% over the past five years. Last year, nearly 118,000 residents in the region were employed directly or indirectly due to the activities at SAN. This in turn generated nearly US$3.9 billion in total annual payroll.

Serving as a hub for a number of low-fare and regional airlines, as well as international carriers, the airport’s growth in passenger traffic in recent years has contributed significantly to its economic impact. Passenger numbers grew from nearly 17.3 million in 2012 to around 22 million in 2017. According to the San Diego Tourism Authority, visitors arriving by air spend an average of US$835 per persons per trip. It is estimated that last year more than 5.9 million visitors to the region spent nearly US$5 billion in the regional economy.