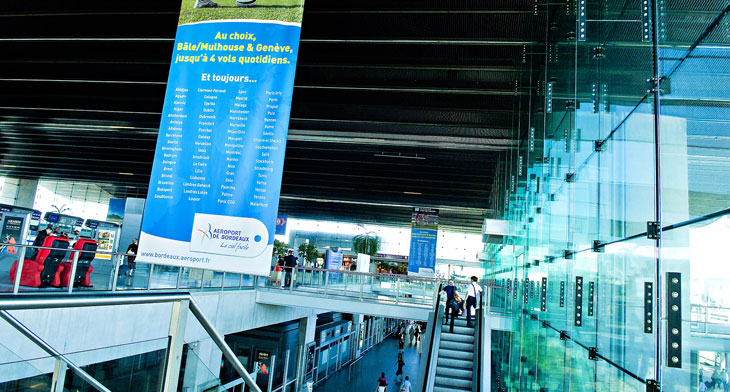 Situated in southwest France, Bordeaux, which represents more than 11% of the total operation of easyJet in France, has become the low-fare carrier’s 30th base in Europe.

France is the airline’s largest European market – one quarter of all the low-fare carrier’s passengers start or finish their journey in the country – and the new base together with the expansion of other French airports brings easyJet’s total capacity in the country to 22 million seats.

Since the airline started serving Bordeaux with a flight from London Luton in 2006, it has carried 10 million passengers to and from the airport.

“easyJet has been operating to and from Bordeaux for 12 years now,” said Johan Lundgren, CEO, speaking from the French hub. “From one route in 2006 we have now become the airline that offers more domestic and international connections than anyone else at this airport, with a market share of nearly 30% and many destinations previously unserved.”

With three new Airbus A320 aircraft based at Bordeaux, easyJet will offer in excess of 400,000 extra seats this summer, which means more choice for passengers departing from the French hub, as well as more regular services and more affordable fares.

“We love Bordeaux and we have been investing and working hard together with the airport to continue to offer Bordelais passengers a great service through an efficient infrastructure and affordable fares, increasing their travel options as well as their connectivity for both leisure and business,” Lundgren continued.

The increase in service will also mean that nearly 400 jobs will be added to the 1,800 ones already created with the airline’s operations at the airport. More than 110 pilots and cabin crew are now based at Bordeaux, together with a dedicated management team, to operate the three new aircraft. Lundgren added that “all are working under local labour contracts and hundreds of additional jobs are being created in the wider local economy.”

Francois Bacchetta, easyJet’s France director, said: “Our growth in the French regions is helping to connect Bordeaux with the rest of Europe (69%) alongside domestic destinations (31%) where people have no other option than flying. We are very confident the new base will be a success, introducing three new city routes (Catania, Faro, Heraklion, Ibiza and Rhodes) and one domestic (Bastia), allowing us to attract a greater variety of customers.

“More importantly, thanks to a co-ordinated effort with the airport to develop a lean and efficient infrastructure, we keep improving our customer experience at billi terminal,” Bacchetta added.