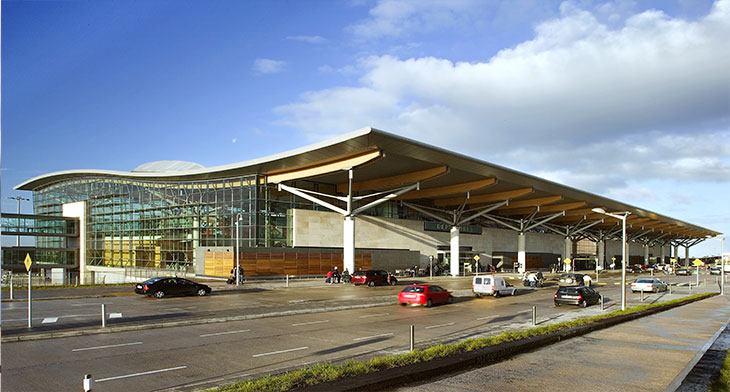 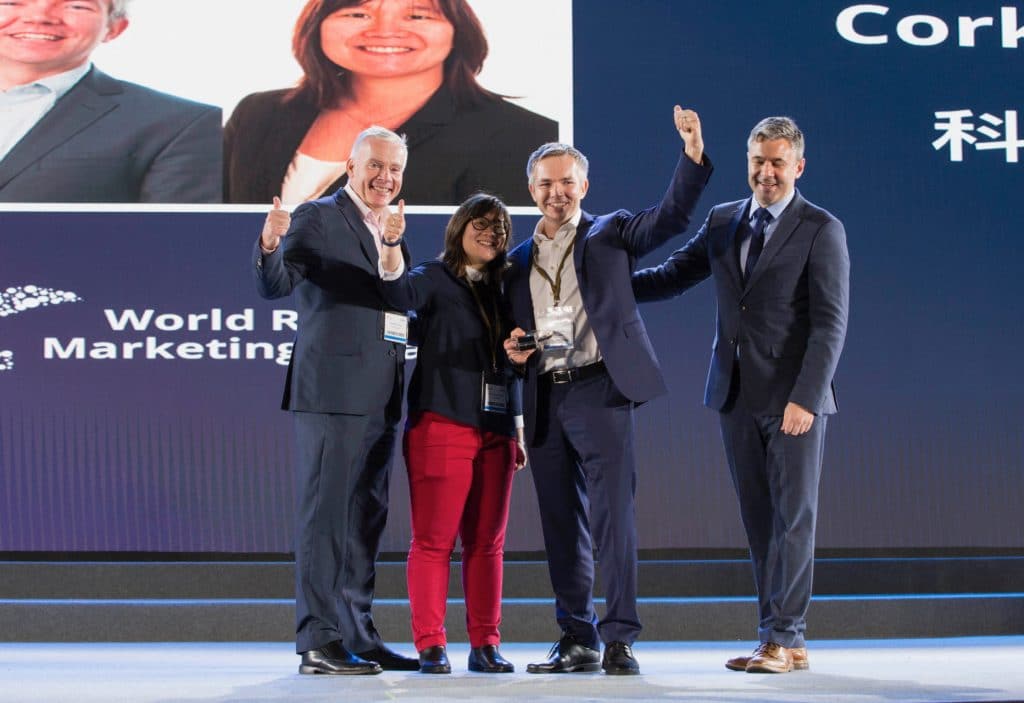 Cork Airport has  been declared the winner of this year’s World Routes Marketing Award in the Under 4 Million passengers category.

Ireland’s second busiest and best connected airport was awarded the accolade on 17 September during an awards ceremony that took place at the 2018 World Routes networking forum in Guangzhou, China.

Niall MacCarthy, the airport’s managing director declared that winning the award was a “huge testament to our growth development over the past three years at Cork Airport, as we continually strive for excellence, new routes and expansion.”

He also congratulated Cork Airport’s head of aviation marketing, Daragh Hanratty, for her role in achieving the award and said the whole team was “absolutely delighted” with their win.

Cork saw off stiff competition from four other airports in the under 4 million passengers category, including its neighbour Shannon Airport (which was highly commended), Billlund Airport in Denmark, London Southend Airport and Myrtle Beach International Airport in South Carolina, US.

The airport was congratulated on its third consecutive year of growth and with over 2.4 million passengers are expected to pass through Cork this year the airport is forecasting growth of 4% in 2018.

The airport has experienced a flurry of route announcements in recent weeks, including four new Ryanair services from Cork to Budapest, Hungary; Malta; London Luton; and Poznan, Poland. The low-fare Irish carrier is also extending its summer service from Cork to Faro into the winter season to make it a year-round service.

Other airports to be declared the winners in their respective categories were: Albrecht Dürer Airport Nürnberg which took the win for the 4-20 million passenger category; Brussels Airport which won overall, as well as in the 20-50 million category; and Singapore Changi Airport which came out on top in the over 50 million category. Meanwhile the Canary Islands Tourist Board – Promotur was the winner of the destination marketing award.