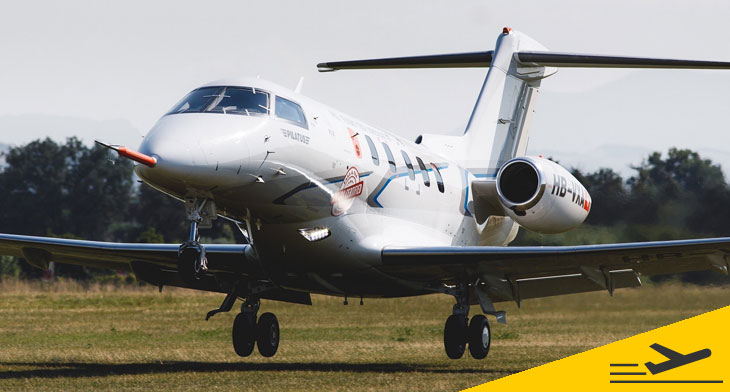 The company is ramping up tooling and sending engineers to Stans, Switzerland for training in readiness to add the twin-engine jet to its Part-145 MRO approvals. It expects to achieve this by the end of the third quarter.

“We are delighted to be widening our partnership with Pilatus with the new PC-24 and looking forward to creating a sales centre showcase at our Biggin Hill home,” said Oriens Aviation CEO Edwin Brenninkmeyer. Calling the aircraft a “game-changer” in the light jet market, he added that it blends the short field performance of a turboprop, the speed of a light jet and a generous cabin.

The announcement comes on the first anniversary of Oriens’ opening its Authorised Pilatus Service Centre.

The company recently bolstered its MRO activity with the addition of Stuart Locke, from TAG Farnborough Maintenance Service as general manager, at the beginning of the year. Locke plans to triple the number of productive manhours, 90% of which is devoted to the Pilatus PC-12, versus 2018, through the introduction of new processes, responding to peaks in MRO activity.

Oriens Maintenance is also now able to offer responsive AOG support at airports and small airfields around the UK & Ireland with the introduction of a fully equipped vehicle as a mobile support centre & workshop. It is big enough to carry an electrical/air generation system, large components, jacks, and even a Pratt & Whitney Canada PT6 aircraft engine.

The company also confirmed that since the alliance agreed late last year with Oysterair to commence pilot training courses at its Biggin Hill base, one PC-12 Legacy renewal course has been completed and two active PC-12NG courses are currently ongoing.