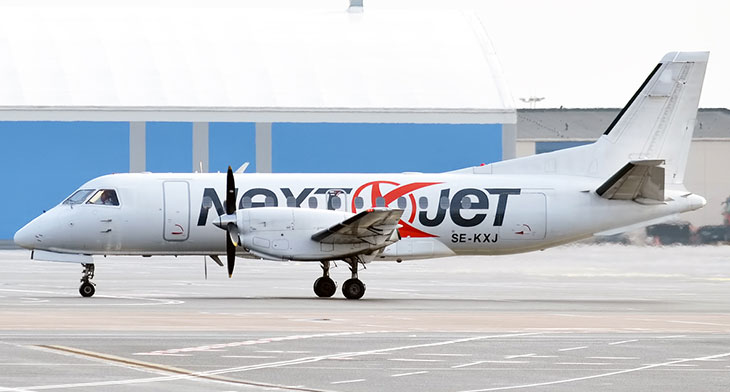 The suspension of operations on Wednesday 16 May has left several Swedish airports without scheduled services. Those that have been affected include Hemavan, Vilhelmina, Lycksele, Gällivare and Arvidsjaur.

A press conference was held on Friday 18 May for Sweden’s infrastructure minister, Tomas Eneroth, and Swedish Transport Administration traffic director general, Lena Erixon, to address what is being done to remedy the situation of cancelled flights.

Stating “we are now immediately commencing new procurement for the lines,” Erixon confirmed that the Swedish Transport Administration has terminated its agreement with NextJet, to enable interested airlines to operate the lines.

Preliminary traffic is due to start for Arvidsjaur and Gällivare in mid-September. For Hemavan, Vilhelmina and Trafikverket the administration is investigating the prerequisites of operators to start operating the links, with Erixon adding: “We’ll be back as soon as we have an estimate of when traffic can be in place.”

South Lapland Airport (Vilhelmina) one of those affected by the bankruptcy of NextJet, welcomed the news. It issued a statement on its website following the conference to say it provided a “positive message” that it is already open for tenders.

Johan Hagelberg, CEO of the airport said: “As soon as they get a bid that meets the requirements, they can directly assign traffic.”

He added: “Even though we do not know a date for when everything will be done, it will be much faster to get air traffic serving these links again, and Vilhelmina-Arlanda is one of them.”

A spokesperson from Hemavan Tärnaby Airport also added: “We at the airport are confident that the traffic agency will do all they can to get our air traffic started as soon as possible.”