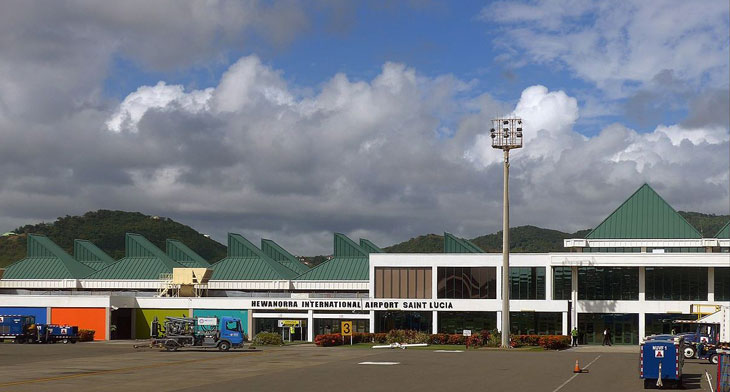 The redevelopment of Hewanorra, Saint Lucia’s international airport, is due to get underway soon following parliamentary approval.

With the airport’s current capacity already exhausted, according to the Saint Lucia tourism minister, Dominic Fedee, “the redevelopment project is part of our government’s broader plan to expand the island’s room stock by 50% in the next eight years,” he said.

Saint Lucia’s parliament voted to borrow US$100 million from the Taiwanese government for the airport’s redevelopment project early in December 2018.

The local tourist authority has offered its support for the redevelopment as it will provide an incentive for airlines to increase operations and open new routes to and from the island.

Tiffany Howard, the acting CEO of the Saint Lucia Tourism Authority (SLTA) stated: “The SLTA continues to negotiate for more airlift into the island and having a new, modern airport to leverage with airline partners is a huge asset.”

The development plans are expected to include the construction of a new terminal building, state-of-the-art facilities, restaurants, shops and lounges and the transformation of the existing terminal to accommodate FBOs.

With the largest number of visitors (45%) coming from the US, the Caribbean island welcomes close to 400,000 visitors every year and tourism accounts for 65% of Saint Lucia’s economic activity.

To help finance the US$100 million loan, Saint Lucia’s government instituted a US$35 airport development charge on each arrival in January 2018

Construction of the new airport is slated to begin in early 2019, with the aim to have it fully operational by 2020.