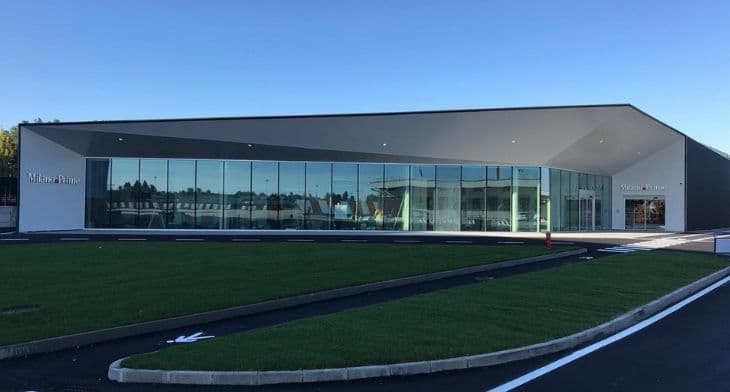 Located in Malpensa airport between Terminals 1 and 2, the new terminal covers 1,400 square meters and is intended for travellers arriving by private jet.

With the building’s polyhedral shape, architectural firm, One Works said the new terminal has been designed “to be noticed and recognised” by pilots and passengers in landing. 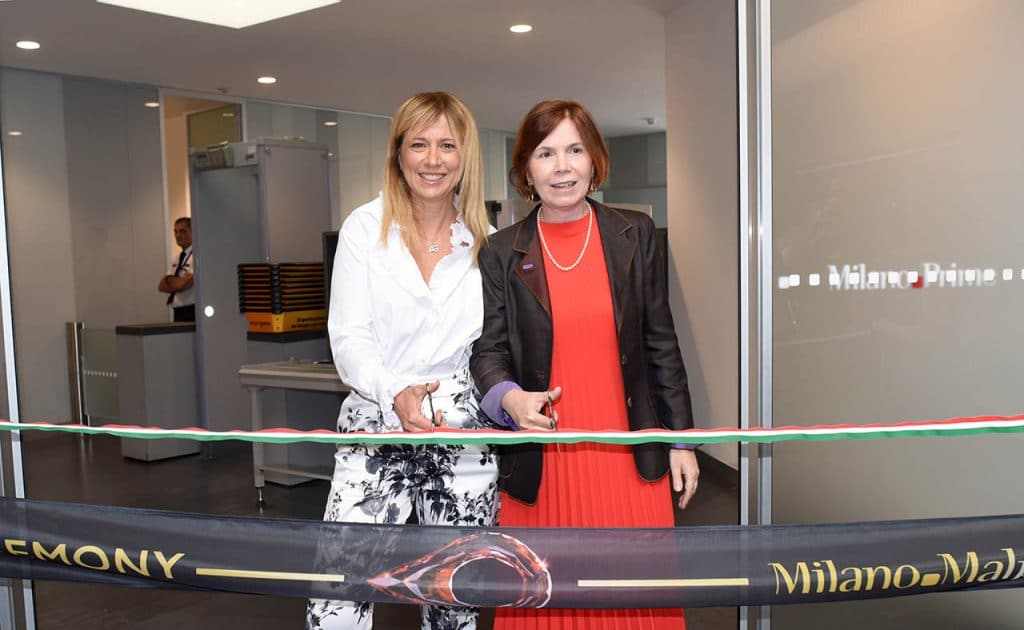 The main entrance has been covered in panels painted in mother of pearl gray to provide a “glossy and mirroring effect”, this is contrasted with a dark finish on other elements of the façade to enhance natural light.

The interior of the terminal has been designed to enhance a range of flexible services for accommodating guests and ensuring freedom of movement, with One Works explaining, “Every moment of the passenger’s experience has been studied to provide an atmosphere of elegance and efficiency.”

Passengers enter the security checkpoint through a glass wall with sliding doors; which One Works says is located strategically at the centre of the flows, so authorities can monitor all movements in the terminal without creating queues and inconvenience for guests. From here it is also possible to access dedicated security filters on arrival and departure.

The interior spaces also feature five exclusive lounges customisable by SEA Prime partners. The lounges are equipped with a range of ultra-luxury services, as in Linate, such as meeting rooms, limousine service and concierge, and have been designed to meet the needs of different types of international travellers.

The opening of Milano Prime at Malpensa has been timed to precede the closure of the Linate airport (scheduled from 27th July to 26th October) for the reconstruction of the runway and commercial aviation terminal, with the airport suggesting this would allow it to accommodate the traffic in the new Malpensa terminal.

In a statement SEA Prime said that with the new terminal it “completes the offer for business and general aviation passengers and operators that reach or transit through Milan and Lombardy, an increasingly attractive destination with a strong international vocation.”