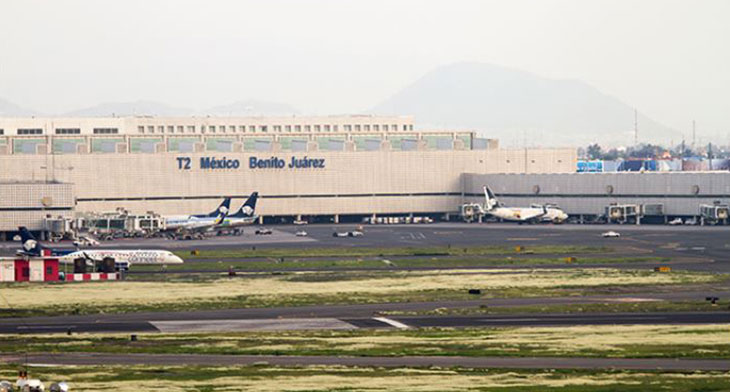 The airline industry has called for clarification on plans to replace the cancelled US$13.3 billion New Mexico City International Airport with a three-airport system.

The Mexican capital’s current primary hub (Benito Juarez Airport) has major capacity issues. In 2018 48 million passengers used the structure that was designed to serve 32 million passengers and with passenger traffic expected to grow by 3.6% annually over the next two decades a capacity crisis is looming.  The new airport, which was being designed by Fosters+Partners had a design capacity of 120 million and was one-third completed when Mexico’s president Andres Manuel Lopez Obrador cancelled its construction, following a public informal referendum launched just before he assumed office in October last year.

Speaking at the Aviation Summit Mexico, hosted by the International Air Transport Association (IATA) at the end of February, Alexandre de Juniac, IATA’s director general and CEO described the decision to cancel the construction as “disappointing”. And while the proposal to replace the state-of-the-art airport with a three-airport system for Mexico City was a “major commercial and technical” challenge, de Juniac also stated that “it is imperative that the government and industry stakeholders work together to find the best way forward.”

The three-airport system will include the continued operation of the current Mexico City International Airport, increased use of Toluca Airport and conversion of the Santa Lucia Airbase for civilian use.