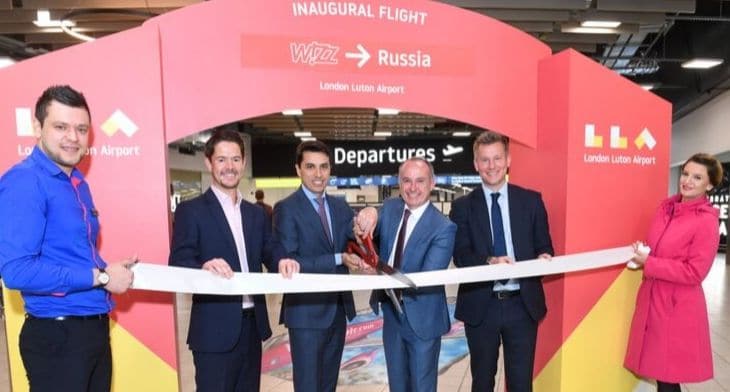 The airline said it is the sole British carrier directly connecting passengers from London to St. Petersburg.

Both routes to Vnukovo International Airport in Moscow and Pulkovo Airport in St. Petersburg will be operated daily from 1 October 2019.

“We’re really excited to be launching these two fabulous destinations, making Russia the 44th country to be connected with London Luton Airport,” commented Jonathan Pollard, chief commercial officer, London Luton Airport. “I’m very confident that they will prove a big success with our passengers and we remain grateful to Wizz Air for continuing to widen their choice of destinations available here at the airport”.

Wizz Air now offers 63 routes from its London Luton base, where is has over 40% market share.