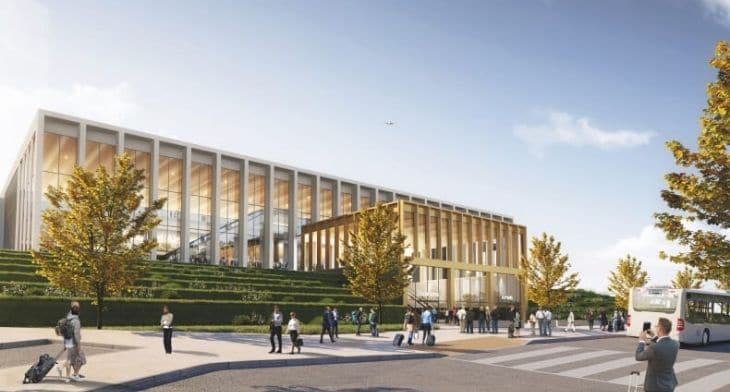 Leeds Bradford Airport has unveiled fresh plans to build a state-of-the-art terminal which will aim to improve passenger experience and to also deliver one of the UK’s most environmentally efficient airport buildings.

The new plans are set to be submitted in spring 2020 and will replace a recently consented scheme and the existing terminal building.

The plans propose the construction of a three floor, 34,000 sq.mt. terminal on an alternative site within the airport’s boundary to deliver enhanced facilities which would allow the airport to meet its expected passenger demand and improve the level of service and efficiency. Features would include better surface access, with the site located nearer to the proposed rail link, fresh interiors and improved shopping, restaurant and bars.

If approved, the upgrade would create an airport terminal classified as ‘excellent’ by the BREEAM sustainability standard – only awarded to the most environmentally efficient buildings internationally. Completion of the terminal would also enable the airport to meet its target of net zero carbon emissions from airport operations by 2023.

“This proposed development is hugely exciting for Leeds Bradford Airport and the North and replaces our previously approved plans,” said Hywel Rees, Chief Executive of Leeds Bradford Airport, adding that the airport aims to “profoundly change the perception and reality of customer experience for passengers. To do this we need a terminal that meets the needs of the future in passenger flow and energy efficiency.”

Rees commented: “This proposal is not about growing beyond our predicted capacity; it is about meeting the same demand in a more efficient way, with a smaller environmental footprint; it is about creating a more modern building that can achieve operational excellence to give passengers the best experience; and it is about addressing the challenges we know our passengers face far too frequently and that cannot be overcome within our current building.”

The reveal of the new proposal marks the start of a consultative process and if approved, it is anticipated work could begin before the end of 2020 – with the terminal set to be completed in early-2030. The project will be privately funded by LBA’s owners AMP Capital.

“There has long been an understanding that regional airports form a vital part of providing connectivity to access global markets, attracting inward investment, and enabling a sharing of cultures,” said Henri Murison, director of the Northern Powerhouse Partnership. “The plans to improve Leeds Bradford Airport are crucial and form a key part of the wider Northern Powerhouse and national aviation strategy, with environmental sustainability, including closer access to rail links, once built, critical.”

Aviation Minister, Paul Maynard, commented: “Leeds Bradford Airport is the global gateway to one of the most beautiful parts of the world, so it is vital passengers get the world class service this new terminal will provide. The new building will be more sustainable and efficient, helping the airport meet its net zero carbon emissions target by 2023, while boosting the local economy and securing thousands of jobs.” 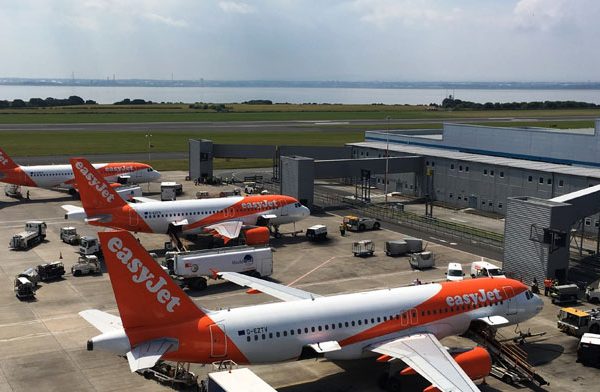 UK airports given their say on independent aviation regulator