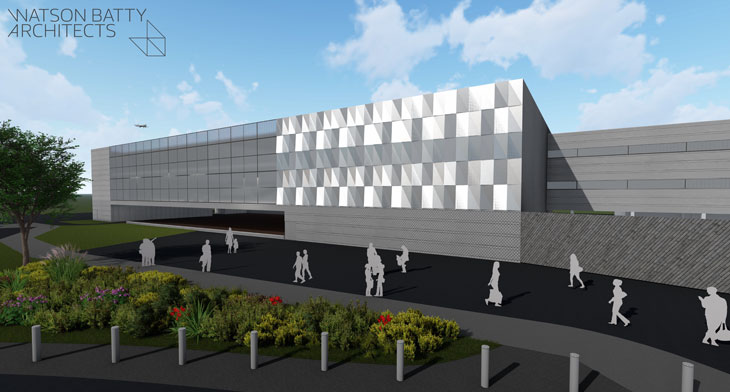 Plans for a new extension to the main terminal building at Leeds Bradford Airport have been approved by Leeds City Council.

The decision means construction of the two/three storey extension to the terminal building could begin in spring 2019.

“This is fantastic news for the region’s passengers and the wider economy,” said David Laws, chief executive of Leeds Bradford Airport. “With work scheduled to be complete in winter 2019/2020 we are increasing peak-time capacity to deliver a first class passenger experience and create an airport Yorkshire can be proud of.”

“This will allow us to attract a greater range of airlines and support route development, which in turn will deliver additional international destinations that our business and leisure passengers’ desire,” he said.

The plans are part of the airport’s ‘Route to 2030 Strategic Development Plan’, which will see annual passenger numbers increase from four million to seven million by 2030 and is the biggest investment to date on the site by AMP Capital since it purchased the airport in October 2017.

Once the new building is complete, works will then commence on re-modelling the existing terminal building to provide a new security central search area and enhanced check-in facilities. The revamp will also involve a simplification of the customer journey through the existing departure lounge and will include new retail and F&B offers.

The final phase will include the construction of a new pier, replacing the current passenger walkway with a two-storey structure, housing arrivals and ground level, and departures being processed at additional new boarding gates on the first floor.

Tucker added: “This is the first in a series of future infrastructure projects which will improve access to the airport, helping to increase its capacity, deliver tangible return on investment and fuel future economic growth. The role of Leeds Bradford Airport in the City Region’s development strategy cannot be overstated.”

The airport contributes £336m to the local economy every year and delivers over 2,350 direct jobs. The airport said the development comes as part of the wider strategy to improve the region’s connectivity nationally and internationally.