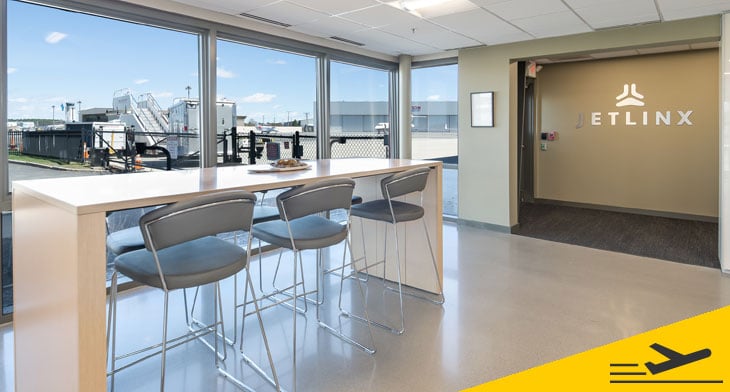 The company has 18 locally-operated base terminals across the US, but its new facility is the first of its kind in the Greater Boston area. It offers Jet Linx members amenities such as a private conference room and executive lounge.

Tammy Edmonds Design was behind the design of the new terminal. The design agency’s core business over the span of 15 years has been within the aviation community, specialising in general aviation and the development of Fixed Base Operators (FBOs).

The official Grand Opening for the new facility is anticipated for mid June and Jet Linx also has plans to expand its network further in the coming months with new facilities in Austin, New York and Chicago.