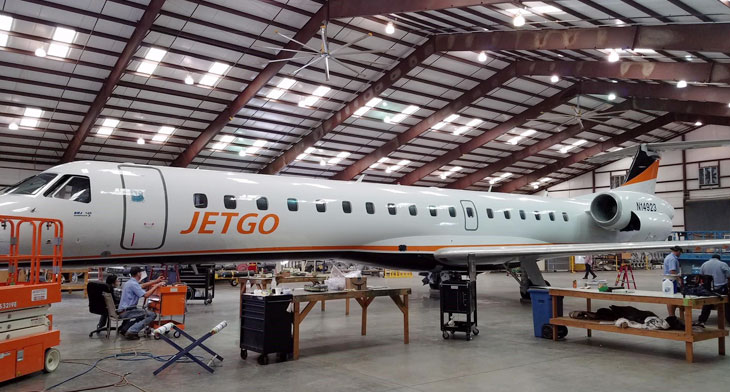 Shellharbour City Council, the owner of Illawarra Regional Airport in Australia, is working to reinstate services after regional airline Jetgo entered into voluntary administration on 1 June 2018.

The council had chosen Jetgo to provide Regular Passenger Transport (RPT) services from the regional airport for three years, with services launched in October 2017.

Jonathon McLeod and Bill Karageozis of McLeod & Partners were appointed administrators following the carrier’s entry into voluntary administration, and the City Council has terminated its service level agreement with the airline effective immediately.

In a statement Shellharbour City Council said it was “disappointed by the announcement” but is “confident in the viability of future regular passenger services due to the community’s overwhelming support and uptake” since the service commenced.

“I can only say that I empathise with those who have booked flights. I understand their concern and disappointment. I can also appreciate that there might be anger about this situation,” said Shellharbour Mayor Marianne Saliba. She urged affected passengers to contact the administrator or their credit card company for advice.

Mayor Saliba said the council was working to reinstate services as quickly as possible with staff in discussions with Jetgo and other airline operators with interest to recommence the regular passenger service as soon as practicable.

She added that the Illawarra Regional Airport to Essendon Fields route was Jetgo’s busiest and suggested the high demand for services to Essendon had demonstrated the importance of maintaining this route: “Regular passenger transport services from Illawarra Regional Airport surpassed our marketing research and projections. Our community and neighbouring local government areas really got behind these services.”

“The feedback from passengers on both the flight and ease of travel from Illawarra Regional Airport is overwhelmingly positive. Numbers from Shellharbour grew rapidly from day one until the recent disruptions impacted the service.

Mayor Saliba added: “We have proven that there is sustainable and reliable demand from business and leisure travellers for an airline service from our airport to Essendon Fields Airport in Melbourne.”

“We had a vision to open our region up to visitors and make air travel easier for our regional community. As owners of the Illawarra’s only airport, we did this to benefit not only our community’s economic development and tourism industries, but that of our neighbouring local government areas too.”