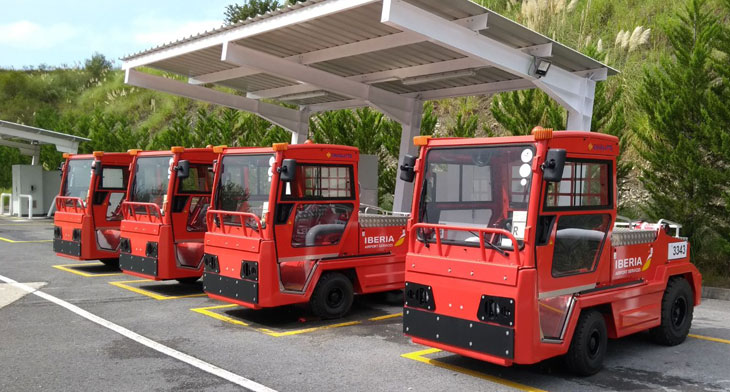 Providing passenger handling and ground services in 29 Spanish airports, including some of the country’s smaller regional hubs, Iberia Airport Services works with aircraft belonging to Iberia, the IAG group and almost 200 other customer airlines.

While around 60% of the company’s activity is concentrated in Spain’s larger hubs such as Madrid and Barcelona, Malaga, Alicante and Bilbao, other smaller airports, such as Los Rodes in the North of Tenerife, Jerez de la Frontera, La Palma and Reus are also among those to experience the largest growth.

According to Angel Marcos, director of Iberia’s Airport Services, “2017 was a record year in numbers of passengers and aircraft served, but, in addition, we continued to advance with our commitment to the environment and we introduced modernisation projects in invoicing, baggage management, and safety which let us offer a better service to our customers.”

With a fleet of more than 8,500 units of equipment for providing its services, around 39% of the ground vehicles used by Iberia’s Airport Services are now electric, which has enabled the company to significantly reduce its CO2 emissions.