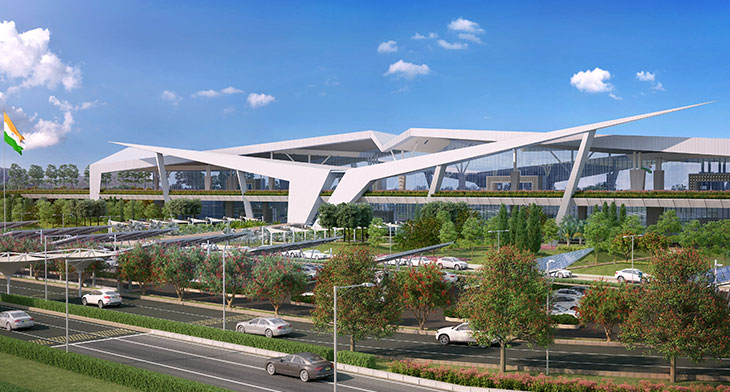 A foundation stone for the new integrated terminal building was laid by Union Civil Minister, Ashok Gajapati Raju, and India’s Chief Minister, Sarbanand Sonowal, earlier this year in January. The project is due for completion in 2021 at an estimated cost of US$193 million.

The 9,000sqm terminal is expected to transform the gateway and its operational capabilities, with the airport positioning itself as North East India’s gateway to Southeast Asia.

Airports Authority of India (AAI) said that the new terminal building will be capable of handling 3,100 peak hour passengers at a time. It will also be equipped with state-of-the-art passenger facilities, while the interior design will reflect the local style and culture featuring spaces allocated to local artisans to produce local handicrafts on site, as well as murals depicting popular tourist destinations around Assam.

To conform to a 4-star Green Rating for Integrated Habitat Assessment (GRIHA), the city side of the new terminal building will be landscaped with green areas, while a small internal forest feature will be integrated into the overall design.

Other green features incorporated into the new terminal’s design include the installation of photovoltaic panels capable of generating almost 500KW of solar energy on the car park roof, as well as an efficient solid waste management system and the reuse of treated water for flushing and horticulture purposes.

The design of the terminal’s exterior takes inspiration from Icarus, the mythical figure who dared to fly.

According to Design Forum International, one of the firms working on the design of the project: “The majestic centrepiece looms over the departure concourse, its arms outstretched as it reaches out to the sky. The floating form doubles up as the canopy for the drop-off zone. ”