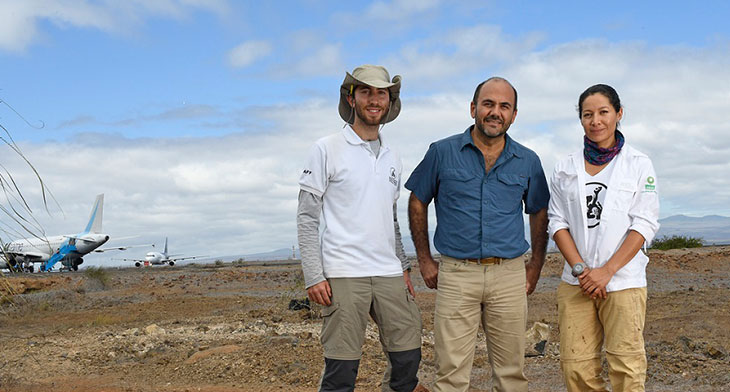 Given the Galapagos Islands are among the most environmentally precious and diverse regions on earth, it should come as no surprise that the islands’ airport is one of the greenest in the world.

Built in 2012 to run solely on solar and wind power, Galapagos Ecological Airport (alongside Geneva Airport) has become the latest airport to reach the highest level of Airport Carbon Accreditation and the first carbon neutral airport in Latin America.

More than 200 airports around the world are currently certified at one of the four levels of Airport Carbon Accreditation. Collectively these airports welcomed 3.2 billion passengers a year – that’s 41.8% of global air passenger traffic. But only 37 of these airports (including Galapagos and Geneva) are carbon neutral for emissions under their control.

“It’s a great honour for us to receive this certification at Level 3+ Neutrality as the first airport in Latin America and the Caribbean” said Jorge Rosillo, Galapagos Ecological Airport’s general manager, commenting on the accreditation. He went on to credit the airport’s success in its ambition to be green as a team effort.

Most importantly, our neutrality status is the fruit of a group effort. The support for our ecological approach to running an airport came from all levels of our organisation – from the top management at Corporación America to each and every employee, who takes pride in being part of Galapagos Ecological Airport. At the same time, the whole process of measuring and reducing our carbon footprint was facilitated by the intelligible framework provided by Airport Carbon Accreditation.

Describing the certification as a “landmark moment for us in the ACI-LAC region” Javier Martinez Botacio, director general ACI-LAC explained that the “learnings and efficiencies achieved through [the airport’s] carbon management journey up to Level 3+ will ultimately be implemented by airports across the region.”

As well as featuring its own desalination plant to recycle and reuse water, the materials used to build th 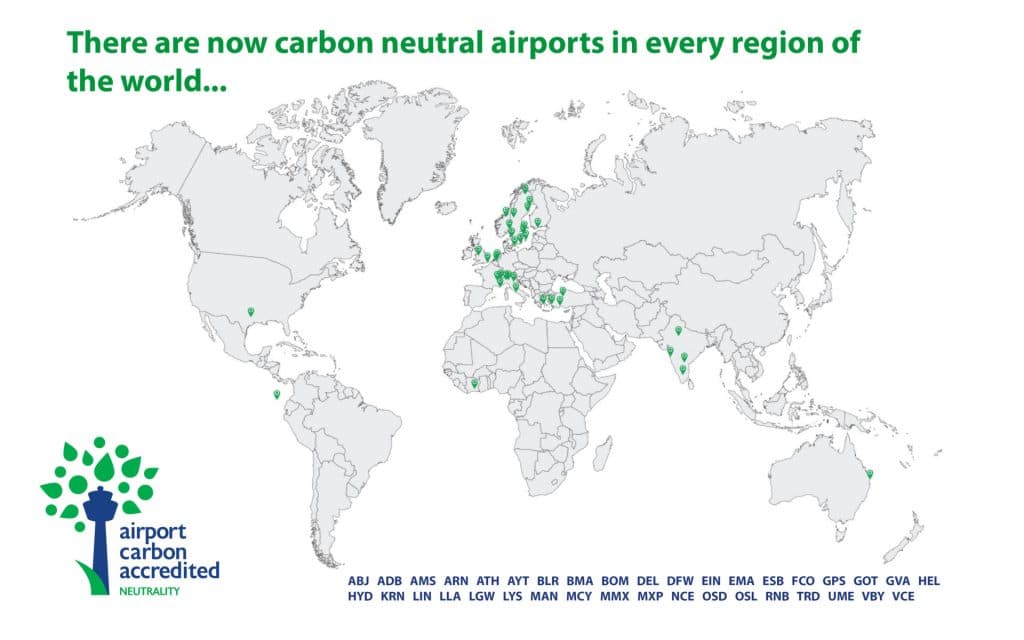 e airport were obtained from local sources, such as local stone aggregates quarries, while volcanic rock was used as a coating for external walls of the terminal and wood and metal structures were reused and recycled from the old terminal.

In addition to reducing its carbon footprint through energy efficiency measures and the use of renewable energy, the airport has also invested in carbon offsets funding biomass and cook stoves projects.

Originally developed and launched by ACI Europe in 2009, Airport Carbon Accreditation was extended to airports in Asia-Pacific in 2011 and to African airports in 2013. Meanwhile North American airports became eligible to apply for accreditation in September 2014 and airports in Latin America and the Caribbean at the end of December 2014.