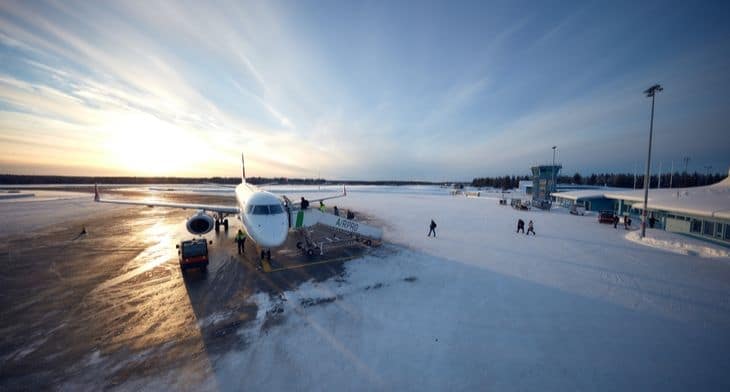 As part of the joint commitment of European airport operators to have 100% carbon-neutral airports in Europe by 2030, Finavia has been declared carbon neutral at all its airports.

The Finnish airport operator has been working hard to achieve this goal as it reveals the next target is zero emissions.

“All our 21 airports have achieved carbon neutrality this year. The reduction of the carbon footprint of our Lapland Airports has now also been recognised with an international ACA (Airport Carbon Accreditation) certification. Helsinki Airport was already certified in 2017,” revealed Henri Hansson, Finavia’s SVP and technical director.

Hansson, who is also responsible for the company’s sustainability, underlined that emissions per passenger at the airports have fallen by 68% over the past ten years thanks to measures taken by Finavia to curb climate change.

We only use wind power. Helsinki Airport also has its own solar power plant on the terminal roof. At Helsinki Airport and Lapland Airports, the fuel for our ground fleet vehicles has been replaced with renewable diesel produced from waste and residue.

At its regional airports, renewable energy sources are also being used, such as pellets for heating when possible and half its regional hubs are heated using Finnish wood biofuel.

While the airport operator has reduced as many of its carbon emissions as possible, the remaining emissions (around 45%), which are primarily a result of the company’s business travel, have been offset. At the moment, Finavia supports a large-scale project in Ghana that aims to reduce the cutting down of local forests for firewood with the help of more efficient stoves. Thanks to the project, Ghana can reduce its CO2 emissions by a million tonnes while generating local jobs and wealth.

Hansson highlights that when it comes to future measures, Finavia will continue to explore “renewable sources of heat as well as renewable diesel and acquiring electric cars and electric ground fleet vehicles” for its airports.

With zero emissions as it’s next target, Hansson explains: ” this means zero CO2 emissions without offsetting. In June, we signed a pledge by Airports Council International. With this pledge, dozens of airport operators commit to achieving net-zero emissions by 2050. In Finland, we will seek to reach this goal as early as during the 2030s.