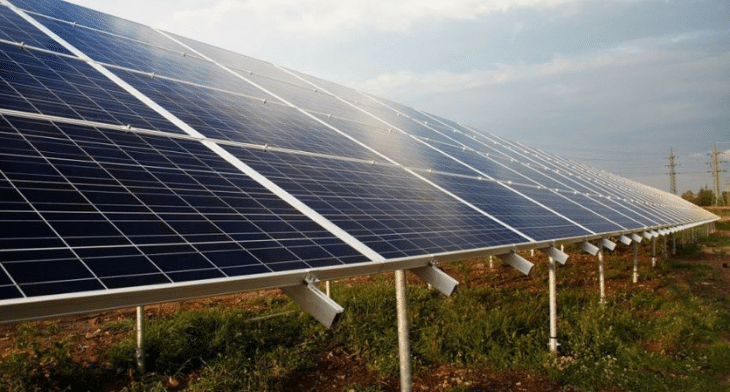 The sun is finally putting in a bright and beaming appearance over UK soil, which is welcome news for Doncaster Sheffield Airport (DSA). Its investors, the Peel Group, announced on Monday 1 July that it plans to build a £2 million solar farm which will generate 25% of the airport’s energy and drastically reduce its carbon footprint.

Due to be operational in 2020, the solar farm is expected to provide 1.7 MWp of zero carbon energy, saving 220 tonnes of carbon every year – the equivalent of boiling an impressive 2.2 million kettles.

During a visit to Doncaster to also witness the airport sign up to the Women in Aviation and Aerospace Charter,  the UK’s aviation minister, Baroness Vere, said: “To bring about real change in transport we need to do things differently. From decreasing carbon emissions at airports to increasing female representation, the aviation industry is acting now to safeguard our future.”

She added that this investment  shows that “airports are finding practical ways to become cleaner and greener.”

Doncaster isn’t the only airport demonstrating its commitment to solar power this week either. Liege Airport is also intensifying its environmental policy. By spring 2020, it plans to have more than 7,000 photovoltaic panels placed on the roofs of offices and warehouses that will enable it to cover 30% of its electricity consumption.

Meanwhile in the US, San Francisco International Airport has just renewed at the second to highest level of CO2 management within the Airport Carbon Accreditation programme as a Level 3 accredited airport. It has implemented various measures to reduce CO2 emissions, including installing over 1.5 MW of solar capacity at buildings and parking facilities across the airport.

With IATA’s deadline of carbon neutral growth from 2020 onwards looming, the switch to solar energy as well as other green initiatives by an increasing number of airports around the world is a positive indicator of their commitment to embrace renewable energy and help lower the industry’s overall carbon emissions.