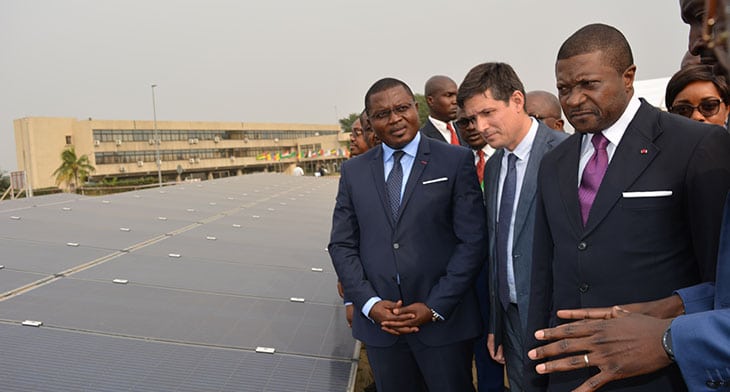 Generating more than 5.5 million kWh per year, the ground-mounted 1.2 MW solar installation will eliminate at least 2,575 tonnes of CO2 from over 5,000 flights annually. 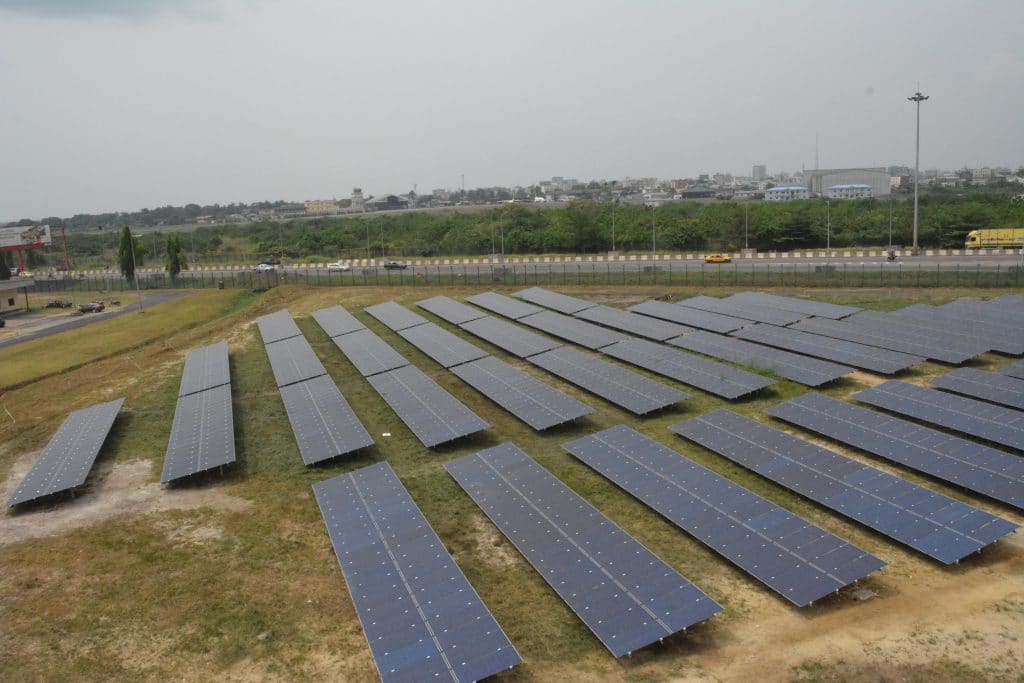 By providing pre-conditioned air and compatible electricity that runs on solar energy to aircraft during operations, the innovative ‘solar-at-gate’ project will eliminate carbon dioxide emissions from aircraft parked at the gate, which currently use their auxiliary power unit (APU) powered by jet fuel, or airport ground power units (GPU) fuelled by diesel to run on-board systems before departing for their next flight.

In a show of gratitude and support for the scheme, the Government of Cameroon has funded the purchase of airport gate electric equipment to be connected by the newly installed solar park.

“With this solar facility, Cameroon advances the modernisation of its energy sector by using renewable energy to reduce green-house gas emissions and protect the environment,” said Jean Ernest Massena Ngalle Bibehe, minister of transport of Cameroon.

The Government of Cameroons is determined to continuing the implementation of tangible actions for more sustainable aviation.

According to Thomas Owona Assoumou, general manager, Aeroports du Cameroun, the project will demonstrate that it is possible to use solar energy to power airport equipment with similar projects planned at Garoua International Airport in Cameroon’s north province.

Meanwhile, Jane Hupe, ICAO’s deuputy director environment, commented; “Sustainable development and climate change continued to be critical issues for the international community, and this latest commitment by Cameroon is a great example of the concrete actions which can be implemented as part of a broader air transport environmental strategy. ICAO expects to see many other countries replicating these cost-effective and emissions reducing solar-at-gate solutions.”

The pilot project is part of a €6.5 million initiative implemented by ICAO and funded by the European Union. Entitled ‘Capacity building for CO2 Mitigation from International Aviation, the scheme targets 14 states – 12 in Africa and two in the Caribbean – to address carbon emissions in the aviation sector.