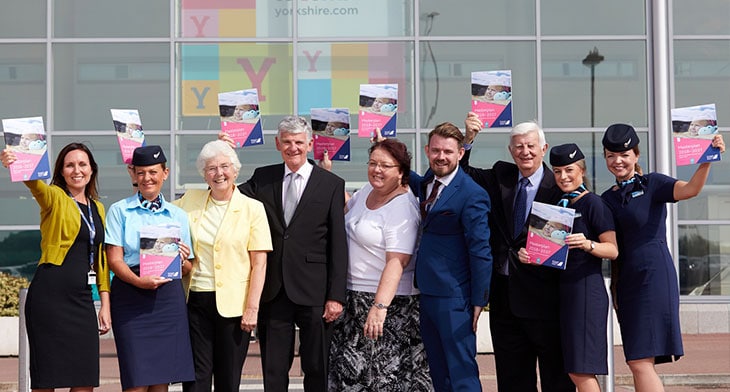 The masterplan is part of the airport’s ambitious plan to become the major international gateway for the East side of the UK. The public consultation took place over a 10-week period with over 1,600 responses received from the public, stakeholders and private and public sector organisations taking part.

“Our airport is already seeing success in terms of new routes, rising passenger numbers and increased demand for cargo facilities,” said Dan Jarvis, mayor of the Sheffield City region. “But there is immense further potential which the draft Masterplan sets out a sensible path to deliver. Seeing this level of public support for it only hardens my desire to do our/ my bit to deliver it,” he added.

Over 90% of respondents expressed strong support for the objectives set out in the masterplan including an East Coast Mainline station at the airport site. Enhanced surface access through the delivery of a station at the site will help boost passenger growth to 11.8 million by 2050. The station could be operational as early as 2024. Adding a main line railway station will “put the region’s airport firmly on the map for people all the way from London to Edinburgh, making it a first choice for business and leisure travellers nationwide,” reiterated Jarvis.

Other standout highlights included 97% support for expansion of the terminal building services and 96% support for proposals to deliver new employment developments which are expected to create up to 13,000 new jobs at the airport.

When fully realised the proposed developments are forecast to deliver £3.7 billion to the local economy by 2037, including £900 million construction investment and £159 million to the region’s tourism economy.

Commenting on the support so far for the airport’s masterplan, Robert Hough, chairman of Peel Airports Group, which owns DSA, as well as Durham Tees Valley and Liverpool John Lennon airports, said:

We are humbled by the level of engagement we have seen in this public consultation for our draft masterplan. It is more than a plan for the airport, given the economic prize it is a plan for the economic future of Yorkshire, Nottinghamshire, Derbyshire and Lincolnshire which clearly people are keen to take an active role in shaping, to which we are most grateful.

With 90% of respondents expressing their strong support for our plans, this is exactly the clear and positive signal that you could wish for, as we pursue more routes, cargo, new housing, highly skilled jobs, tourism, inward investment and rail connectivity. With the right support we can deliver all of this here at DSA.

The positive support for development plans coincided with an announcement this week that Wizz Air will offer a new three weekly service to Budapest Airport. This means the low-fare carrier will offer five flights per week and almost 100,000 seats to Hungary, from DSA, making it the best connected airport to the Hungarian region from Yorkshire and the North of England.