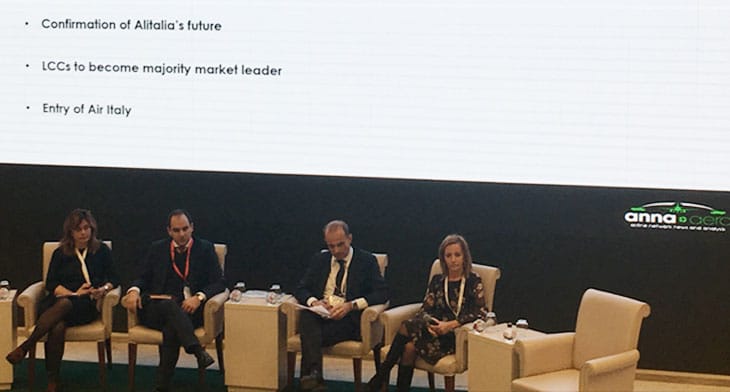 With Italian airports handling over 175 million passengers in 2017, Italy’s aviation sector is in a healthy spot.

Forecasted figures predict that passenger numbers are expected to surpass 180 million in 2018 and already this year, the regional carrier FlyValan has launched  operations from Genoa Airport. The low-fare Italian carrier, Ernest, which is based out of Milan Malpensa Airport, is planning route expansion across its network with new links to Romania and Spain and LCCs are expected to become the majority market leader serving Italy’s airports.

Commenting on the healthy state of Italy’s aviation sector at the 15th Connect route development forum in Tbilisi on Thursday 22 February, Cagliari Airport’s CEO, Alberto Scanu spoke of the need for “Italy’s airports to invest in infrastructure and improving the passenger experience.” He added that the country’s “smaller gateways are vital to its aviation industry.”

Highlighting the role that LCCs play particularly for regional airports, Anna Milanese, general manager at Cuneo Airport, said: “LCCs are crucial for little airports. They offer big opportunities for airports and their passengers.”

She also suggested that if Alitalia were to look at serving all airports in Italy, “it would not only help the flag carrier to compete against low-fare airlines, but it would also help attract more traffic from primary airports to smaller bases.”

Looking ahead, Scanu referenced Cagliari’s strategic investment to support the anticipated 12% year-on-year growth at the airport in the coming years. A new lounge, as well as parking facilities are all in the pipeline and the airport is also thinking about how to better cater for low-fare passengers.

Milanese concluded that despite its small size Cuneo needs to be factored in as a key player in the country’s aviation sector. The airport launched three new routes at the end of 2017 and the plan is to continue growing the airport’s network reach but also to improve passenger facilities and the overall experience at the airport. “Our passengers aren’t looking for shopping opportunities, they want comfort, convenience and ease of travel from a local airport without having to make a long journey to a bigger airport,” she stated, explaining that Cuneo’s focus was on delivering a convenient, seamless experience for its passengers.