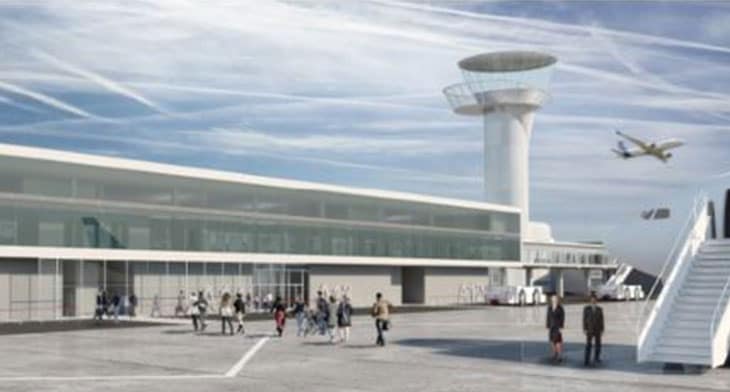 In line with its 2019-2023 investment programme, Bordeaux Airport is planning to enhance traffic growth and boost its positive economic impact in south-west France by launching a €140 million investment plan.

The regional hub is expecting to welcome 10 million passengers by 2023 (an increase of over 3 million compared to the 6.8 million passengers who travelled through the airport in 2018). Additionally, 10,000 jobs are likely to be created within the Bordeaux-Aéroparc Operation of Metropolitan Interest, a 3km economic space around the platform. Major projects in the plan will entail shaping the new face of the airport: capacity, comfort, accessibility and even better integration within its surroundings.

Infrastructure projects will include the second extension and reconfiguration of the “billi” low-cost terminal which should be operational for summer 2021, new “Satellite 3” international jetty in hall A, and with the objective of completing by summer 2023, a large junction terminal between Halls A and B.

Work on Billi is set to begin immediately with Bordeaux’s entirely redesigned low-cost terminal due for completion in 2021. An interim project is already under way to extend and automate a brand new luggage handling process: self-check-in associated with self-back drop system conveying and screening.

Construction of the new “Satellite 3” international jetty will be launched this month (April 2019) with a target completion date set for summer 2020. The new building will allow the simultaneous transfer of passengers from its four departure lounges with an annual capacity of up to 3 million passengers.

There will also be work on the renovation and extension of tarmac surfaces facing the future jetty to allow up to five simultaneous aircraft to be handled in this area and bring the total number of aircraft stands to 35.

To complement the airport’s infrastructure development, construction has also started on a 60,000 sq. metre high office building and hotel park, managed by the building company Nexity.