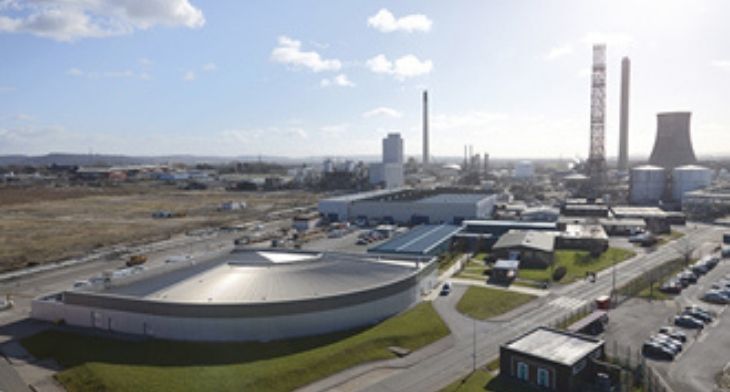 Essar Oil has joined forces with Fulcrum BioEnergy and Essar’s subsidiary company Stanlow Terminals Limited to create a new facility based in Essar’s Stanlow Manufacturing Complex in the North West of England, which will convert non-recyclable household waste into sustainable aviation fuel (SAF) for use by airlines operating at UK airports.

The bio-refinery is expected to convert several hundred thousand tonnes of pre-processed waste, which would have otherwise been destined for incineration or landfill, into approximately 100 million litres of low carbon SAF annually.

The project will use Fulcrum’s proven waste-to-fuel process, which is already being deployed at its pioneering facility outside of Reno in Nevada, the US. While Fulcrum will construct, own and operate the plant, Essar will assist with the blending and supply the new SAF to airlines, while Stanlow Terminals Limited will provide product storage and logistics solutions fro the project under a long-term agreement.

Named Fulcrum NorthPoint, the Stanlow project will create 800 direct and indirect jobs during the design, build and commissioning process and more than 100 permanent jobs during its operation. Subject to planning consent, the facility is expected to be operational in late 2025 and will utilise direct pipeline access to pump and transport the SAF to UK airports through the Manchester Jet Line and the UK Oil Pipeline network (UKOP).

“Stanlow has produced high quality energy products for over 60 years and we intend to remain a key national supplier of energy for the UK into the future,” said Stein Ivar Bye, CEO, Essar Oil UK. “This landmark development supports our long term sustainability ambition to deliver the energy solutions of the future and position Stanlow as the UK’s leading sustainable aviation fuel hub.”

With aviation one of the most hard to decarbonise transport sectors and SAF a key enabler for the reduction of carbon emissions, UK Aviation Minister Robert Courts said he hoped the proposed facility “is a sign of great things to come as we look forward to a sustainable, low carbon future for aviation, helping us push forward towards our 2050 net-zero target.”