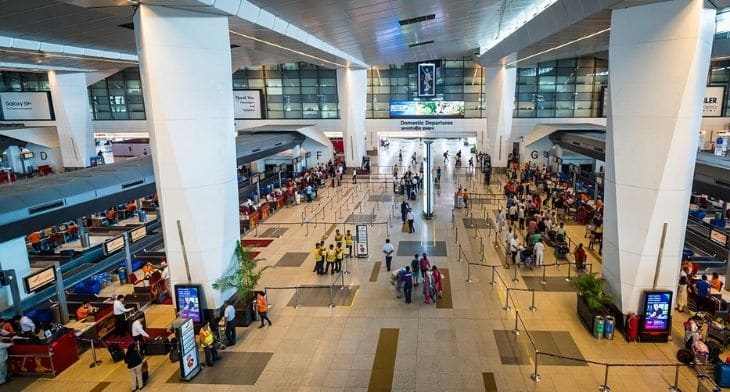 Airport developer and operator, Groupe ADP, has signed a share purchase agreement to acquire a 49% stake in the Indian group, GMR Airports.

The agreement has been made at a total purchase price of 107.8 billion INR (approximately 1,360 million euros).

The agreement is subject to certain conditions and will be carried out in two phases. The first phase will be carried out in the days following the announcement for a 24.99% stake, with a second phase for 24.01% subject to regulatory conditions – notably, obtaining the customary regulatory approvals for this type of project, particularly from the Reserve Bank of India. This will be concluded in the upcoming months.

Once completed, GMR Airports will be jointly owned with GMR Infrastructure Limited, which will retain a 51% stake and control over the company, and Groupe ADP which will be granted highly extended governance rights.

Augustin de Romanet Chairman and Chief Executive Officer of Aéroports de Paris SA-Groupe ADP said: “This acquisition comes with a robust industrial partnership and enables Groupe ADP to build, only two years after taking control of TAV Airports, a unique worldwide network of airports with a solid industrial expertise and strong development capacities. Medium and long term growth driver, this acquisition is a transforming position for the group in one of Asia’s most dynamic and promising countries.”

The remaining four airports are either under development (including Goa and Heraklion) or have been added to the portfolio after a bidding process (Nagpur and Bhogapuram) and will be operated by the group once works are completed.

GM Rao, Chairman, GMR Group commented: “The partnership with Groupe ADP is in line with GMR’s business direction to become a global airport developer and operator. We have been on a journey of defining airports of the future with key focus on passenger experience by leveraging enhanced technology and offering superior amenities. With Groupe ADP, GMR will have smoother access to global markets, opening up newer avenues of business growth.”

During the financial year 2019, GMR Airports recorded a total revenue of 715 million euros and reported an EBITDA of 205 million euros.

Through the acquisition, Groupe ADP will be granted extended rights including the presence of board members at GMR Airports’ board, equal to that of GMR Infrastructure Limited board members. It will also have the right to appoint predetermined executives within GMR Airports.