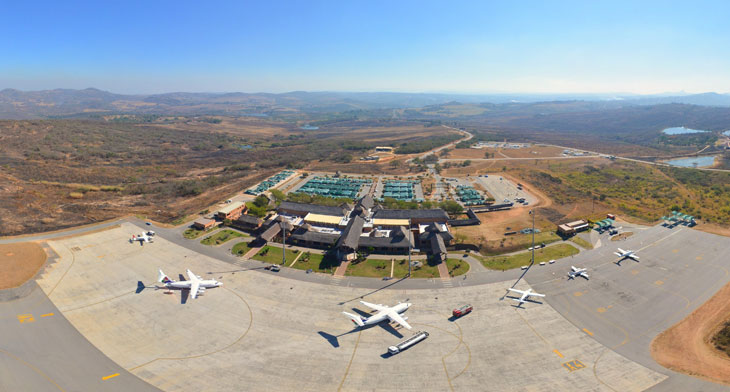 Currently celebrating its 15th anniversary, Kruger Mpumalanga International Airport is blazing a trail for South Africa’s regional airports when it comes to safety and compliance. Clive van Zyl reveals why security comes first and why African aviation is key to South Africa’s economy

South Africa has plenty going for it. It boasts a wealth of natural resources, is a safari superpower and, with a population of more than 50 million, it has a burgeoning population of young professionals – a potential work force to drive development in the country and a huge prospective market in terms of airline passengers. 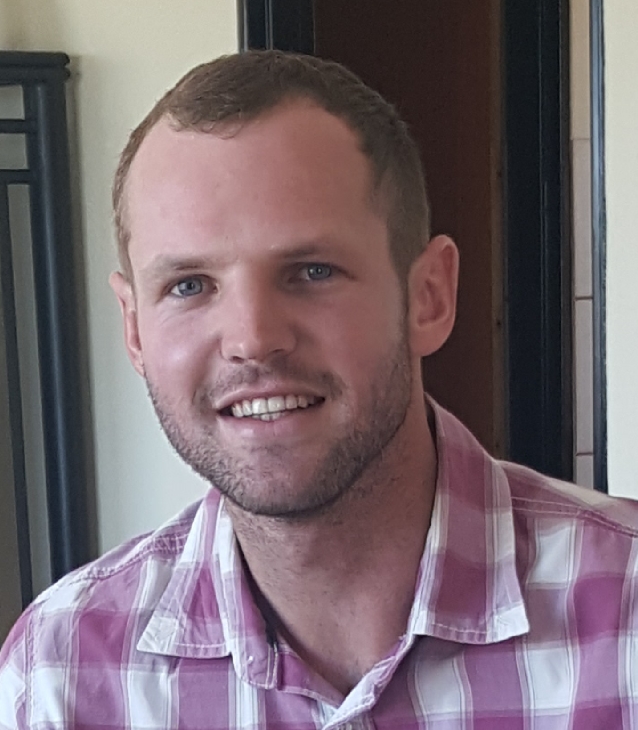 The country also has the continent’s largest economy and its most developed aviation market, although it still faces significant challenges around declining international passenger numbers and high airport taxes and fees, as well as the slow liberalisation of the African aviation market. But with air travel essential to South Africa’s prosperity, fostering the aviation industry will be one of the driving forces of regional integration.

Set in the eastern region of South Africa, Mpumalanga (which stands for ‘land of the rising sun’) is known for its incredible scenic beauty and its game viewing potential. For many, the region’s airport is a gateway to Kruger National Park, but beyond tourism it also plays a vital role in connecting those living locally with the rest of the world.

Recognising the continuing role that Kruger Mpumalanga International (KMI) Airport plays in driving long-term regional growth, Clive van Zyl, the airport’s safety and compliance manager, reveals that “KMI Airport serves as an important logistical node in the region, providing an anchor for tourism and a source of livelihood for thousands of Mbombela residents and their families.”

Having officially opened in October 2002, KMI Airport is currently now celebrating its 15th anniversary and is proud to have opened up the skies over Mbombela (Nelspruit) for over 3 million passengers. “As a team we are exceptionally proud to be celebrating this significant milestone, our airport is defined by remarkable staff who have a passion for serving people and who take pride in operating our airport at the highest possible standards.”

In addition to celebrating this important milestone, the airport is also flying high on being recognised for its commitment to ensuring it practices safe and secure measures, having been awarded the Airport Council International (ACI’s) Safety Award in October this year. Van Zyl divulges that safety is at the forefront of the airport’s operations saying “we are audited twice a year by SACAA [South African Civil Aviation Authority], who make sure that we are following certain rules and regulations,” but that he also oversees “internal audits to make sure that we comply to these standards.”.

The ACI Award is an important accolade which takes into account aerodrome physical characteristics, lighting and signage, operating procedures, fire and rescue, bird and wildlife management and safety management systems. Commenting on the award, van Zyl enthuses “it means the world to us and it’s so fulfilling to see that the hard work we have put in over the last few years has been rewarded.” 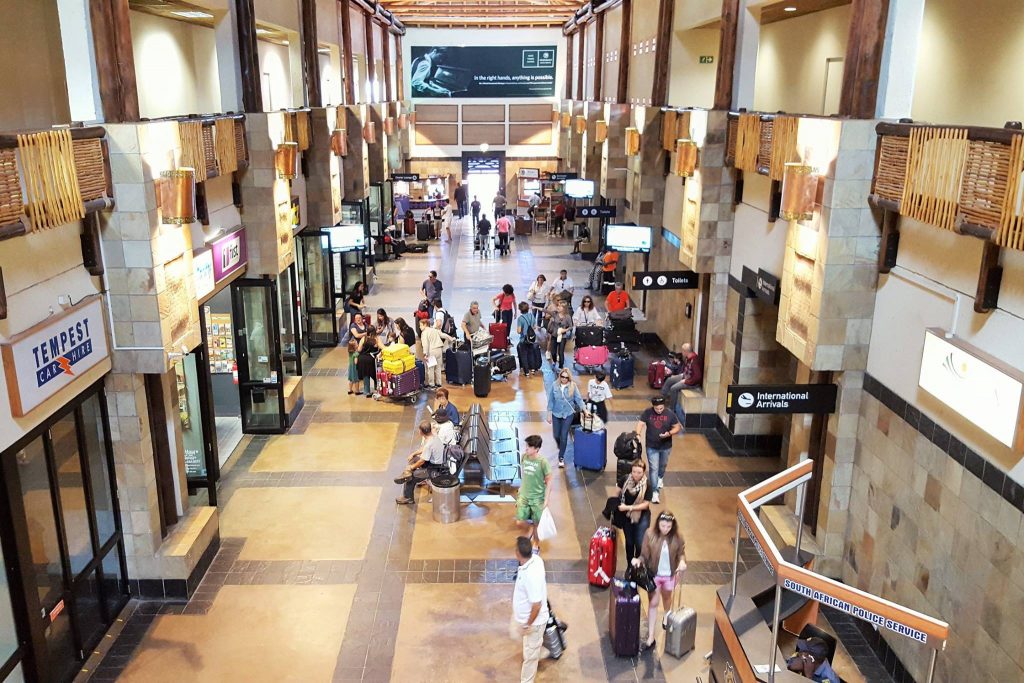 Van Zyl concedes that, as a small, regional airport, “most of the traffic at KMI Airport is tourists and business travellers with a significant amount of international private charters. Although cargo is also growing substantially at the airport and will become a major part of operations in the future.” The airport currently has more than 12 scheduled flights (24 movements) a day with the most popular routes being Johannesburg (OR Tambo) and Cape Town, but growing its route network is one of the airport’s strategic objectives.

“We are in talks with various airlines to increase scheduled flights to and from KMI Airport,” van Zyl continues. “In terms of the immediate future we are investigating more routes from Maputo (Mozambique), while also pursuing several larger operators.”

As a gateway to the region, van Zyl also highlights how important it is for the airport to reflect the local style and heritage, especially as – for many travelling to or from the region – it will be their first or their last impression. “People see concrete, iron and glass buildings all over the world,” he says, so with its thatch roof (it’s the largest thatch constructed airport in the world) the airport blends in with its local surroundings. “The thatch gives you the feeling that you are in the bush and ready to go on your safari. The aura you get when you enter the building is a feeling that you can only explain once you’ve experienced it.”

The sense of community and responsibility to the local region is key to KMI Airport’s success, as is its ability to work alongside other regional hubs to divulge knowledge and overcome challenges. “We live in an era where things are constantly changing in the world; we can only learn from each other and change to suit the customer needs. As such KMI Airport is part of the Commercial Aviation Association of South Africa (CAASA), where airports get together and discuss issues or ways to improve the industry,” van Zyl says.

While most other airports around the world are gearing up for fully automated services from baggage drops and self-service check-in kiosks to biometric border control, van Zyl affirms that the team at KMI Airport is currently “more focused on face-to-face contact with passengers to deal with problems more personally and in trying to create as many jobs as possible for the community.”

Van Zyl does however admit that becoming automated is not something that can be avoided in the long term and, although it will hinder job creation, he agrees it is something the airport will need to explore as it grows.

Unsurprisingly, given its remote location on the edge of Kruger National Park, KMI Airport is an important economic engine for the local community. “We are very involved in the neighbouring community –Dwaleni – to whom we pay a portion of passenger levies, which is used to uplift the community. It’s an important part of our strategy to empower and support local communities and as such an amount is budgeted for this cause every year.”

Looking beyond South Africa, van Zyl says that when it comes to improving air access across the continent, better flight connections and higher frequencies will be the key drivers behind growth of air traffic. “Better air connections would mean businesses will have access to more markets globally and with that more potential customers to sell their products and services to.” Greater liberalisation of the industry and opening up the skies will also have a huge impact on the continent’s aviation sector.

“As we recognise the impact that travel and tourism has on the economy, there’s an opportunity for us once again to acknowledge what achieving Open Skies in Africa would mean for tourism and business travel in general,” van Zyl says. With the African Union’s Single African Air Transport Market Policy due to be implemented in January 2018, van Zyl concludes that “in addition to fare savings, travellers would benefit from greater connectivity and convenience, making travel throughout Africa more affordable and enhancing the growth potential for a stronger Africa by 2035.”