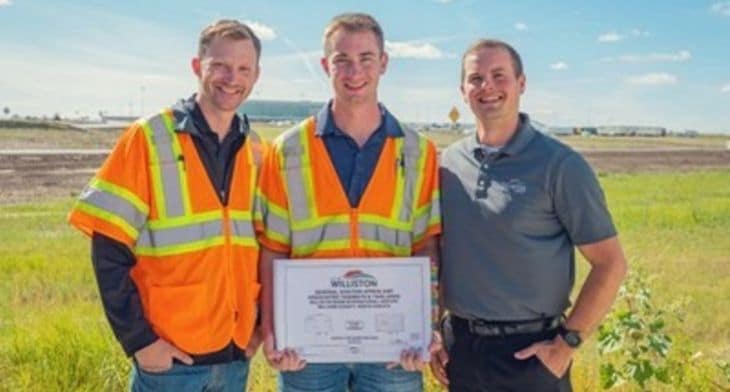 Williston Basin International Airport in North Dakota, US, opened its doors for operations on 10 October. However construction at the airport, which began in 2016, is still ongoing with a newsletter for the airport stating: “The rental care and employee parking lots, general aviation tenant hangars, rental car wash facility, and children’s play area are a few areas that are still under construction.”

The airport has been relocated and renamed from the Sloulin Field International Airport. The new facility has been constructed in response to increased commercial aircraft traffic. It comprises four gates and three jet bridges, with the ability to accommodate 350,000 passengers annually.

“We’re thrilled to begin flights from the Williston Basin International Airport connecting passengers to domestic and international locations near and far,” says Anthony Dudas, airport director. “With a 22% increase in airport traffic expected this year, we anticipate more than 140,000 passengers to be supported by our new airport facility.”

Amongst a variety of features, the new airport will feature a full-service bar and restaurant, grab-and-go snacks and drinks, as well as vending machines and a gift shop. Speaking earlier this year on the details Williston Economic Development Executive Director Shawn Wenko said: “A lot of these amenities we don’t have at Sloulin Field, so they will make Williston Basin a much more attractive facility for both the airlines and passengers.

Burns & McDonnell, served as the designer and on-site construction representative for various projects at the North Dakota hub, including a 51,000 sq. yard general aviation apron and the supporting general aviation taxilane system; 5 miles of perimeter and access roads and 7 mils of 10-foot-tall wildlife perimeter fencing; and steel structures to support the medium intensity approach lighting with runway alignment indicator lights system for the primary runway. Dudas complemented the firm saying: “Burns & McDonnell and Alliance Consulting helped us stay on schedule as they designed and constructed world-class infrastructure systems for our community’s airport.”

Meanwhile Andy Loftus, project manager and civil engineer for Burns & McDonnell, which has experience working at more than 350 airports around the world commented: “From providing design and construction services on a general aviation to designing critical electric systems, we brought an ongoing commitment to successful collaboration and project delivery.” He added: “We look forward to our continued partnership with the airport and community as they connect passengers to and from the region.”