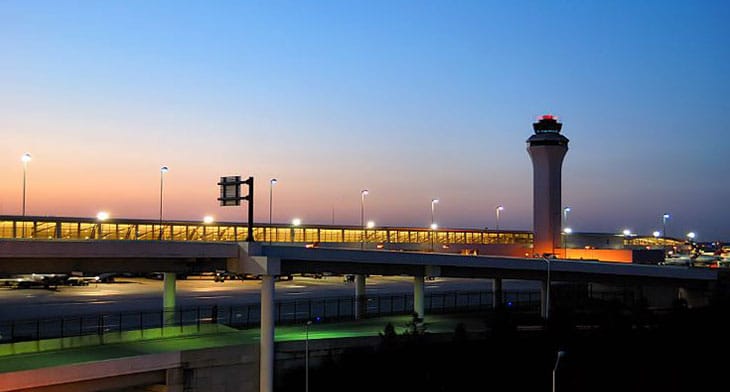 Chad Newton has been appointed as the CEO of Wayne County Airport Authority (WCAA), which operates both Detroit Metropolitan and Willow Run airports in Michigan, US.

Having worked for 20 years at Detroit Metropolitan Airport, Newton has also been serving as the interim CEO for WCAA since July 2018. The board voted unanimously to approve his permanent appointment as CEO.

Describing Newton as “dynamic” and a “forward thinker”, WCAA board chair, Nabih H. Ayad, Esq. stated that “Chad simply gets it”.

“With over two decades of serving Detroit Metropolitan Airport, Mr. Newton not only brings experi

ence and leadership to the table, but an understanding of the importance of diversity and inclusion in levelling the playing field for all citizens of this region.”

Newton holds a bachelor’s degree in Criminology and Criminal Justice, as well as a master’s degree in Technology Studies with a Law Enforcement specialtiy. He is also a graduate of the FBI National Academy and certified by the American Association of Airport Executives (AAAE) as an Accredited Airport Executive, Newton is one of around 500 airport executives in the US. He is also the first WCAA CEO to hold this title. He is also a US Army veteran who served tours of duty in Seoul, South Korea and Fort Campbell, Kentucky. Having been honourably discharged from the army, Newton joined the Wayne county Sheriff’s Department as a deputy sheriff. His responsibilities included patrolling the airport grounds and facilities.

“Safety and security is one of the biggest concerns at any major airport,” he said referencing his background in law enforcement.

“I look forward to using my knowledge and experience as our team continues to improve the customer experience, collaborate with our stakeholders, support small businesses and give back to our community.”

Meanwhile, Steve C. Lorincz, regional director of homeland security/ TSA commended Newton’s distinguished career in public service. “He will continue to build and support the Wayne County Airport Authority and provide world-class customer service for the millions of passengers who utilise our airports,” he said. “I am proud to continue to serve with Chad, and wish him nothing but the best.”