Vietnam and Japan to gain new links with Vietjet

The airline currently operates three direct routes between Vietnam and Japan, with flights from Ho Chi Minh City/Hanoi to Osaka and a flight connecting Hanoi with Tokyo (Narita).

The new Ho Chi Minh City – Tokyo (Narita) route will be operated daily as of 12 July 2019, while the Da Nang – Tokyo (Haneda) route will operate daily services from 26 October 2019.

The Prime Minister of Vietnam Nguyen Xuan Phuc and other high-ranking Vietnamese dignitaries attended the airline’s special ceremony to announce the new routes and congratulated Vietjet, remarking on the airline’s rapid development, good safety record and quality of service. The Prime Minister added: “With the expansion of international and domestic flight networks together with new and modern fleet, Vietjet will become a strong carrier in the region.”

Nikai Toshihiro also congratulated the airline on the new routes, which “proves the two countries’ close relationship” continuing, “It can be said that tourism plays an important role in developing the relationship between the two nations. I hope Vietjet will continue to contribute more and more and that the Japanese aviation agencies will support much more for the airline’s development.” 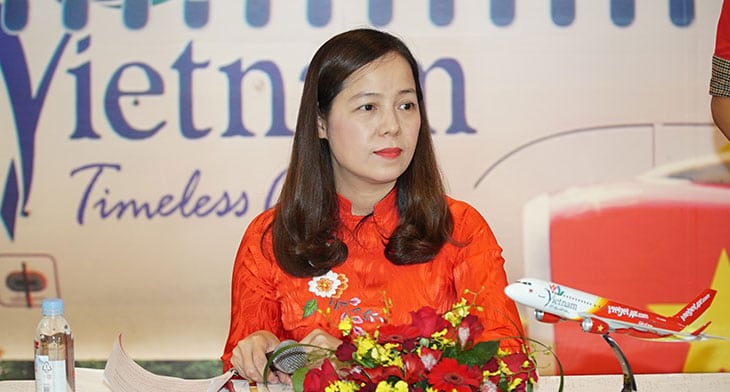 “The rapid expansion of Vietjet’s flight network to Japan will help the people of the two countries have more options for their sight-seeing travels and/or business trips,” said Vietjet vice-president Nguyen Thi Thuy Binh. “In the coming time, we will continue to offer more flying opportunities to all local people and international travellers as well as more exciting experiences on flights connecting the two countries.”

The leaders of Vietjet also officially received the membership certificate for the Japan Federation of Economic Organisations (Keidanren). The airline is the first low cost carrier in the world to join the biggest comprehensive economic federation in Japan. The Prime Minister of Vietnam called it an important milestone “for not only Vietjet but also Vietnamese businesses in general.”