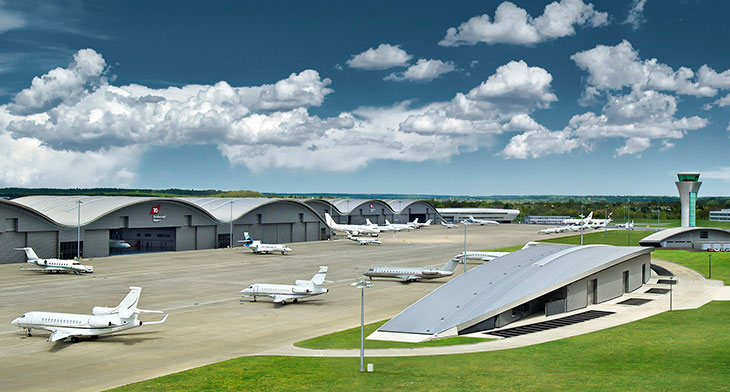 London has been highlighted as the busiest city in Europe for business aircraft departures, through analysis of industry data by Colibri Aircraft.

Topping the charts, 4,577 business aircraft departed from London in October 2019.

This was found to be more than the next two busiest European cities added together – Paris with 2,355 departures and Geneva with 1,329.

The analysis of WingX and Amstat data for October 2019 also found that two of Europe’s 10 busiest airports for business aircraft departures are in the UK.

Farnborough Airport (pictured) was ranked the second busiest in October 2019, with 1,346 departures and London Luton made fourth with 1,235.

Meanwhile, London Biggin Hill, London Stansted and Oxford Airport also made it into the top 30 – ranking at 11th, 24th, and 28th respectively.

“Despite talk of Brexit having a negative impact on the UK business aviation sector, this research shows how big it is, and what an integral role it plays within the wider European market,” commented Oliver Stone, managing director, Colibri Aircraft.

“The UK business aviation sector employs thousands of people both directly and indirectly. From pilots to airport staff, engineers and caterers. It’s an important part of the British economy and one of the best in the world,” Stone continued.

To find out more about the airports in the top 10, explore our chart by hovering over the bars or squares!