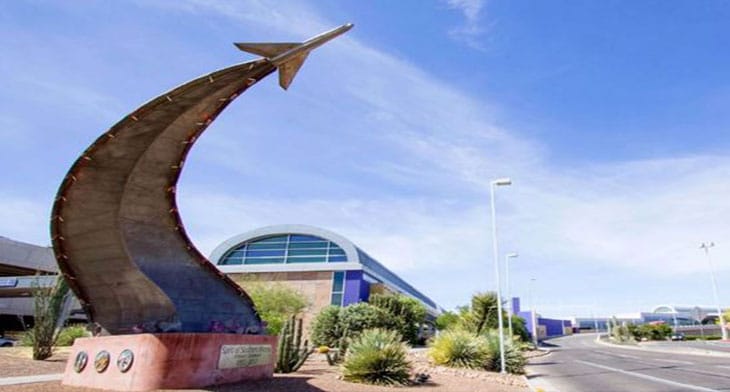 The study, which was carried out by Elliott D. Pollack and Company, determined that both airports play an integral role in attracting and retaining high quality jobs and industries to the region. Between them TUS and RYN support over 43,000 jobs paying US$2.3 billion in wages.

“As the region’s major commercial airport, most people know what a valuable asset Tucson International Airport is when it comes to travel to and from southern Arizona,” said Bonnie Allin, president and CEO, TUS.

She added that the study further demonstrates how “tightly interconnected TAA’s airports are as economic engines that benefit us all in many ways.”

Other highlights from the report show that the average annual wage earned by a worker at one of TAA’s airports (US$87,731, including benefits) was well above the average Pima County household median income (of US$47,000).

Spending by visitors arriving at TUS also generated an additional 8,774 direct jobs, worth US$241.7 million in wages and benefits. In addition, the City of Tucson received US$36 million in tax revenues from businesses and employees of TAA, airport tenants and tourist spending, representing 3.7% of the city’s operating expenditures.

Significantly, out of the 3.4 million passengers flying through TUS last year, 51.1% of those were visitors to the region, with an average spend of US$786 in southern Arizona over a typical 4.8-day stay.

The total annual economic impact of tourism (direct, indirect and induced) was US$947.6 million.

This year marks the 70th anniversary for the non-profit TAA, which is celebrating with several passenger-related events throughout the year at TUS.

“The airport’s efficient operations and focus on strategic growth and economic development through innovative and collaborative partnerships over the past 70 years ensure significant benefits not just for our community, but the entire region,” said Lisa Lovallo, Cox Communications’ market vice-president of Southern Arizona and the 2018 chair of the TAA board of directors.

“We look forward to an even greater impact in 2018 as the airport continues to grow,” Lovallo continued.

The airport has witnessed strong year-on-year growth with the first three months of this year already showing a 5.3% improvement from last year with 947,024 passengers passing through the terminal.

Much of the increase in passenger traffic can be credited to the addition of three new destinations in the last year: Austin on Via Air, Charlotte on American Airlines, and San Jose on Alaska Airlines. Additionally, Sun Country Airlines returned to Tucson with seasonal flights to Minnneapolis-St. Paul.

American and Southwest continued to be the airport’s two busiest airlines at TUS, accounting for 37% and 25.5% of passengers, respectively, this year.

To cater for the growth in passenger traffic, TUS opened four permanent eateries airside in March as part of a larger culinary transformation at the airport which has been ongoing since March 2017. Three more restaurants are due to open soon.