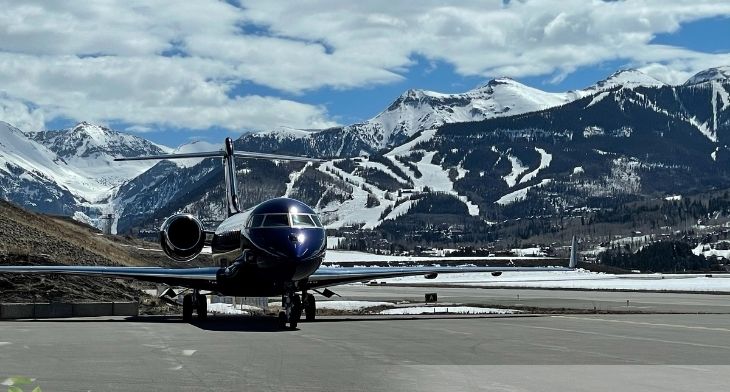 Avfuel-branded Telluride Regional Airport has become the first airport and FBO in Colorado to make sustainable aviation fuel (SAF) available to its customers. The FBO received its first demonstrative delivery of SAF from Avfuel in Februrary, with two more deliveries made in March.

Telluride Regional Airport has since begun to receive regular deliveries of Neste’s branded SAF from Avfuel. The first load arrived on 15 April, with each truckload of the Neste MY SAF providing a 22 metric ton reduction in carbon emissions over its lifecycle, which is equivalent to the amount of carbon sequestered by 28.7 acres of US forests per year.

Telluride Regional Ariport can now consistently provide SAF for all jet and turbine aircraft that land at the airport in order to significantly reduce greenhouse gas emissions and support sustainability goals.

“Our community desires to do its part in reducing carbon emissions,” said Kenneth Maenpa, Telluride’s Airport Manager. “As such, we are proud to be the first airport in Colorado to provide sustainable aviation fuel. Avfuel has worked diligently on the logistics for delivering SAF to Telluride Regional Airport, and we’re excited to announced this significant milestone that’s been three years in the making.”

Keith Sawyer, Avfuel’s Manager of Alternative Fuels, added: “Avfuel is thankful for the true partnership it has with the Telluride Regional Airport team, working together to provide cleaner solutions in one of the world’s most stunning natural environments. We congratulate the airport on being the first to provide SAF in the state of Colorado, which not only provides significant emissions reductions, but also raises awareness on the environmental benefits and safety of the product.”

Open 365 days a year, the Telluride Regional Airport is North America’s highest commercial airport at 9,070 feet above sea level and is a self-sustaining operation.