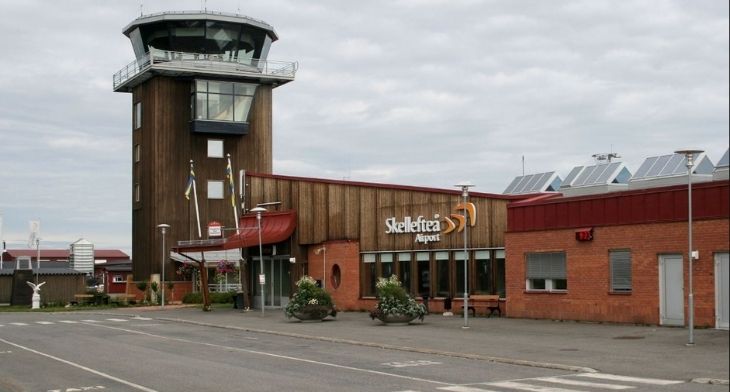 Sweden’s Skellefteå Airport is the first airport in the world to install several disinfection systems to reduce the spread of infection and increase the health and safety of passengers.

The disinfection units, which have been supplied by Whitebox, have been installed in various areas, including the baggage hall to disinfect suitcases before they’re rolled out on the conveyor belt, as well as the security checkpoint, where it enables trays to be cleaned automatically after each use. The solution is based on safe, well-tested technology and uses UV light to disinfect contact surfaces and air without chemicals. “The technology has been tested on COVID-19 and the underlying virus of the pandemic SARS COV-2 and the results are assured in a laboratory environment and show that the technology used by Whitebox products kills these viruses with 100% certainty,” said Joakim Wincen, Co-founder Whitebox.

Describing the installation as an “investment in sustainable travel during the ongoing pandemic, but just as much for the future,” Robert Lindgren, CEO and Airport Manager, added: “It is not only during times of crisis that we need to work with reduced spread of infection. That we now have the new solution already is very positive. For Skellefteå Airport, it is important to constantly improve secure travel in every way possible.”

He also noted that being able to participate in developing the technology with Whitebox to help solve one of the biggest societal challenges of all time made him proud. “That we managed to be the first airport in the world to do this is great. Now, we would like to assist with our knowledge and experience – we are happy to advise other airports on how they can improve secure travel too.” 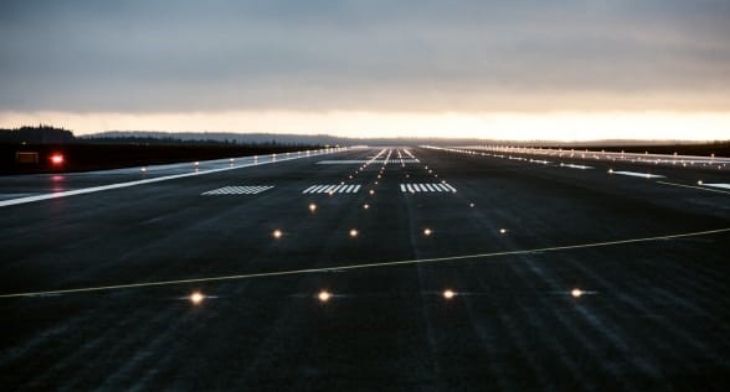 As of the end of last year Swedavia is one of the first airport operators in the world to have the operations it runs under its own management at all ten of the airports in its portfolio be fossil-free. The Swedish airport operator has now revealed how it has manged to achieve the milestone.

Among the changes made, all 10 airports are now powered by and heated and cooled with renewable energy, back-up power units run on renewable fuel and Swedavia’s fleet of vehicles runs on electricity or renewable fuel.

“Swedavia wants to be a driving force in reducing climate impact,” said Jonas Abrahamsson, Swedavia’s President and CEO. “I am incredibly proud that our own airport operations are now free from fossil carbon dioxide emissions. This is a result of relentless work that has required a sense of purpose, investments, innovation and collaboration with partners to reach a goal that many had thought was not possible,” Abrahamsson continued.

Switching to renewable heating in buildings and making the company’s own fleet of vehicles fossil-free have had the greatest impact. Today, Swedavia owns about 800 vehicles, of which around half now run on electricity, and other vehicles run on renewable fuels such as biogas. Between 2015 and 2020 alone, Swedavia invested nearly 650 million Swedish kronor in a renewed, fossil-free vehicle fleet.

“Swedavia’s airports are part of a larger transport system, and being fossil-free now in our own operations is obviously just one milestone. We are now intensifying the work to support other companies and organisations that operate at the airports to adapt to more sustainable operations and above all to enable aviation’s climate change transition through investments in bio aviation fuel and by preparing our airports for electric aviation. Aviation is absolutely essential in order for our modern society to function, bu the transport of the future must be fossil-free, so continued hard work is needed,” concluded Abrahamsson.

Swedavia’s strategic goal is for at least 5% renewable aviation fuel to be used for refuelling at Swedish airports by 2025, and Swedavia actively promotes the use of bio aviation fuel, which reduces emissions of fossil carbon dioxide by up to 85%. 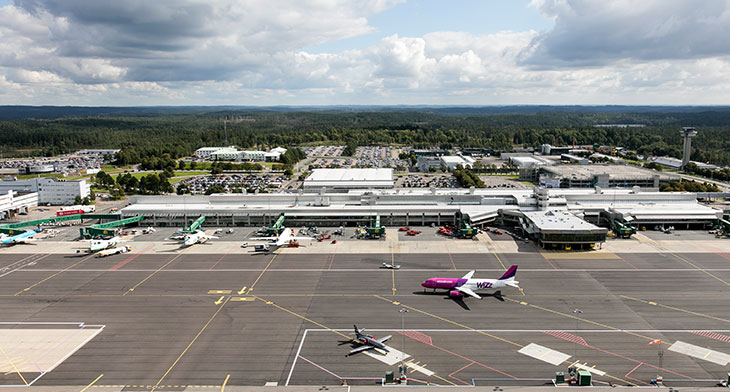 The Swedish government plans to charge airlines more at takeoff and landing based on how much their aircraft contribute to pollution.

The measure is set to take effect in July and essentially a way of phasing out aircraft that run on older technology and produce more waste as it means that older aircraft will be hit with the higher fees, while newer and more efficient aircraft will benefit from the scheme.

The Ministry of Infrastructure described the plan as a first in Europe and possibly the world stating: “This means that takeoff and landing fees can be more significant when a plane’s climate impact is higher and they can be reduced when the climate impact is lower.”

The project, which has yet to be approved by parliament and will directly impact aircraft flying in and out of Arlanda Airport in Stockholm and Landvetter Airport in Gothenburg. It will also include planes that fly on biofuels, such as sustainable aviation fuel (SAF).

Sweden is where the flygskam or flight shaming movement began in 2018, which pressured people to stop flying in order to lower carbon emissions. According to Swedish Railways, a single flight between Stockholm and Gothenburg generates as much carbon dioxide as 40,000 train journeys.