Frequentis has been tasked by Slovenia Control, the Air Navigation Service Provider (ANSP) for Slovenia, to upgrade the software of the ANSP’s Safety Nets for area and terminal control to provide enhanced performance, safety and alerting functions.

In 2005, Slovenia Control became the second customer to use the PRISMA_SNET, operational at their air control centre (ACC) at Ljubljana Joze Pucnik Airport. The latest upgrade, contracted in December 2021, will meet all the specific requirements of Slovenia Control.

Referencing the partnership, Slobodan Opacic, Head of the Development Department at Slovenia Control said: ” Slovenia Control’s fundamental guiding principle is to attain, maintain and constantly raise our safety levels and targets. For many years now, Frequentis Comsoft has been a reliable partner for achieving these goals. We look forward to working together on future projects.” 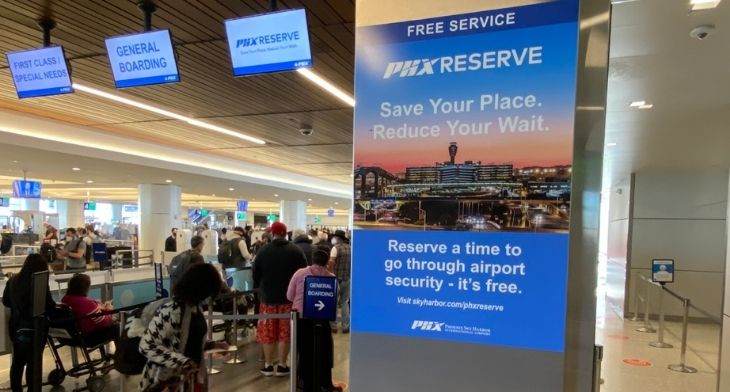 Arizona’s Phoenix Sky Harbor Airport has teamed up with Copenhagen Optimization and CLEAR to offer free reservations for TSA Security Checkpoint lines to help help travellers enjoy a more seamless travel experience and eliminate the stress of waiting in line for security.

Called PHX RESERVE, the pilot programme enables passengers to schedule a specific time to get in the TSA Security Checkpoint line. Reservations can be made three days prior to the flight and passengers using the service will get access to a dedicated entry point to the security checkpoint.

“We are proud Sky Harbor can offer another great service to our customers to make their travels easier and more flexible,” said Chad Makovsky, Director of Aviation Services for the City of Phoenix Aviation Department.

Meanwhile, Kasper Hounsgaard, CEO of Copenhagen Optimization added: “Virtual Queuing is a key step towards the smart and digitalised airport, where we leverage data to create new opportunities for passengers, airlines, and airports. Together with Sky Harbor, we enable a more efficient operation and provide the foundation for the seamless passenger journey.”

Reservations for the checkpoint lines can be made for between 60 minutes and four hours before a passenger’s flight, with the dedicated PHX RESERVE Security entry point available between 4am and 3pm. Passengers travelling in a group of up to 10 people can reserve an slot as one.

Commenting on how passengers now want a better and more predictable airport experience than ever before, Michael Twersky, GM Virtual Queuing, CLEAR concluded, “We are thrilled to partner with Sky Harbor and bring this exciting new technology to their passengers – who can travel stress free knowing they can reserve a spot in security ahead of time.” 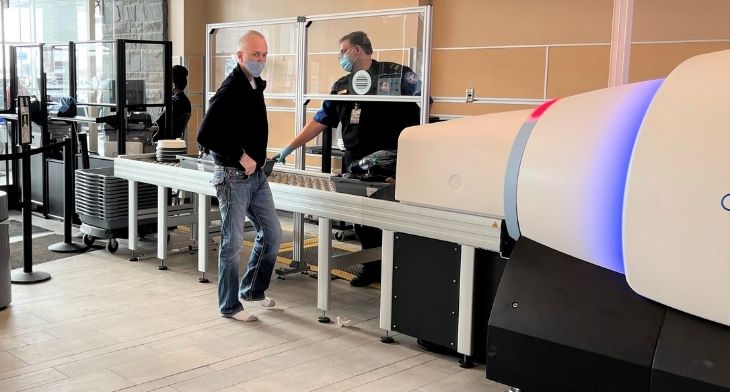 The deployment of the CT scanner at Niagara Falls follows the announcement last year by the TSA that it had awarded an order for a total value of $198m to Analogic Corporation for the procurement of mid-sized CT x-ray systems for TSA checkpoints.

In addition to providing added security and fewer bag checks, the deployment of the checkpoint CT technology means that passengers using this machine will be able to leave laptops and other electronic devices in their carry-on bags.

The system applies sophisticated algorithms for the detection of explosives, including liquids, by creating a 3-D image that can be viewed and rotate on three axes for thorough visual image analysis by a TSA officer. If a bag requires further screening, TSA officers will inspect it to ensure that a threat item is not concealed inside.

“TSA remains committed in getting the best technology to enhance security and improve the screening experience. Our officers’ use of CT technology substantially improves our threat detection capability at the checkpoint,” Johnson continued. “TSA’s current screening technology for carry-on bags uses 2-D images. The CT technology applies sophisticated algorithms for the detection of explosives, including liquid explosives and other threat items.” 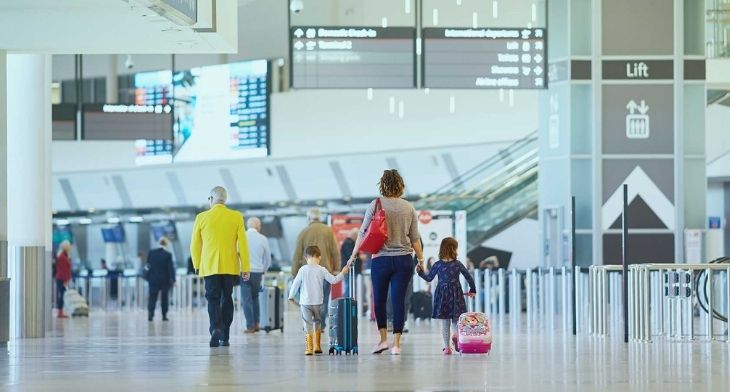 Perth Airport has unveiled a significant upgrade to its passenger screening infrastructure. The new advanced security screening equipment is being introduced as part of the federal government mandate to strengthen Australia’s domestic and international aviation security.

Kevin Brown, Perth Airport’s CEO, said: “The new state-of-the-art equipment has been designed to enhance airport security by improving the efficiency of the screening process and detection levels.”

“The body scanner has been a part of the international screening requirements for a number of years and will be introduced into domestic travel screening lanes, but with updated technology,” Brown added.

Capable of detecting all foreign matter (metal and non metal), the body scanners can pinpoint any illicit items on an outline of the person’s body illustrated in the form of an avatar or “stickperson”.

Another major improvement is the introduction of CT scanners for all carry-on baggage (domestic and international), eliminating the need to remove computers and aerosols from bags during the screening process. The new CT X-ray machine will also use 3D technology to help detect suspect goods concealed within carry-on bags.

“Most passengers these days have a laptop or tablet device which they must remove from their luggage for screening. Many travellers also carry aerosol cans such as shaving foam which must also be scanned separately,” continued Brown.

“The new system will allow passengers to leave these items in their hand luggage, making for a more streamlined process and less hassle for passengers.”

The airport has been working hard to progress the upgrades so they are ready to go by the end of January, prior to the borders reopening in February.