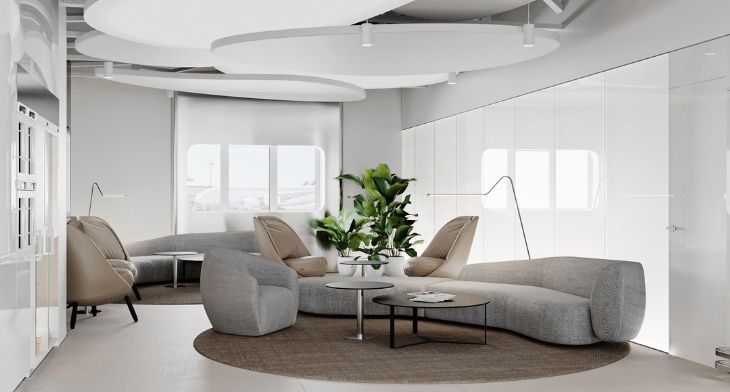 Since taking over operations of the Domodedovo Business Aviation Centre in April 2021 and the end of last year, UTG Private Aviation has seen 10,297 passengers use its new facility. On average the FBO handled 1,144 passengers per month with the most active months in terms of passenger traffic being May (1,440) and November (1,389).

UTG PA has been actively working to transform the FBO at Domodedovo over the last 10 months carrying out major renovation and upgrade works. In October last year it began offering flight support services for business aviation, including ground handling arrangements and obtaining overflight and landing permits worldwide.

As of 2022, customers can enjoy the revamped interior of the bar and lounge area and in February UTG will install a stylish wing-shaped counter along with new designer furnishings.

Meanwhile, the opening of a gourmet restaurant is scheduled for March and plans are afoot to expand the ground floor of the terminal with panoramic glass verandas and a spacious conference room, while the second floor will also be renovated and will feature new facades. Reconstruction is expected to be complete by the end of 2022.

A helipad is also planned to open this year and will be located outside the airfield – but on the FBO site 50 metres from the terminal building. 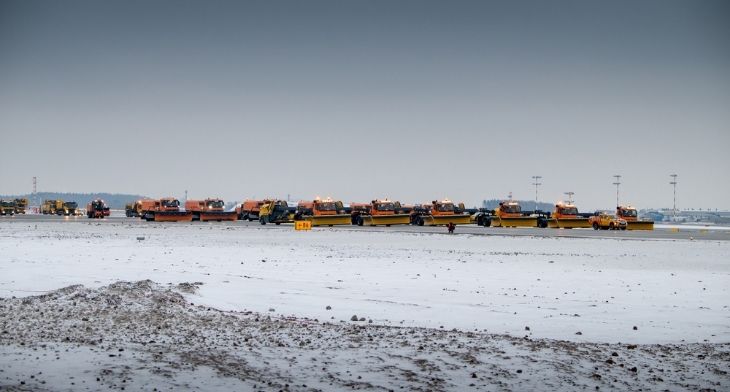 Sheremetyevo Airport in Moscow opened its newly reconstructed 3,552.5 metre long runway one on 24 December, 2020. The runway features two new high-speed-exit taxiways and its opening increases the capacity of Sheremetyevo’s three runways to 100 million passengers per year.

“We were able to do the reconstruction of Runway-1, which is an important stage in the development of the airfield complex thanks to the current concession agreement between the government, represented by Rosaviatsia, and Sheremetyevo Airport,” said Alexander Ponomarenko. “As a result, today we have three runways, which, together with the development of terminal capacity and in the context of normalising passenger traffic volume, provide an opportunity to achieve our strategic goal: serving 110 million passengers per year.”

The opening ceremony was marked by a parade of airfield equipment including a convoy of 38 items of special equipment used for the maintenance of the summer field and various aircraft travelled through the new Runway-1.

Reconstruction of the runway, which was completed within 10 months, was a priority project for the airport throughout 2020, due to the significant decline in the airport’s activities and revenue and the need to comply with strict anti-epidemiological measures. The total capital investment exceeded $114 million, with the project funded directly, and investments made under the terms of the concession agreement recouped from the investment component of aircraft take-off and landing fees.

The new runway has a load-bearing section that measures 60 metres wide. It can accommodate all types and modifications of Russian and foreign aircraft for take-off and landing, as well as future anticipated aircraft types. The operation of three runways alongside the commissioning of a new airspace structure will improve the fuel efficiency of airlines, as well as the safety and punctuality of flights. It will also reduce the workload on traffic-control and flight personnel through the use of conflict-free arrival and departure patterns.

According to a statement issued by the airport: In the long term, taking into account the further development of infrastructure and bringing passenger and cargo terminals to their design capacity, Sheremetyevo International Airport plans to join the league of the world’s largest aviation hubs and strengthen its status as the main transit air hub between Asia and Europe.