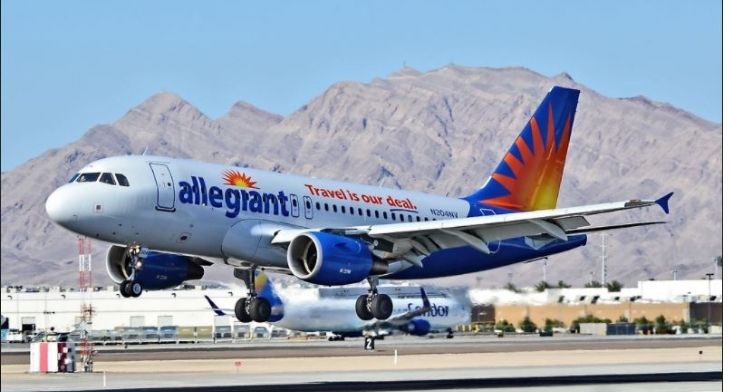 Allegiant Air is adding three new cities to its network  as part of a major  service expansion comprising 21 nonstop routes. Portland, Oregon; Key West in Florida and Jackson Hole in Wyoming, will all be added to the low-cost carriers’ schedule. Eight routes that were delayed in 2020 due to the COVID-19 pandemic are also included in the airline’s route newly-released schedule.

“Today, travellers are seeking destinations that allow them the chance to recreate in a safe way, usually outdoors,” said Drew Wells, Allegiant’s Vice President of Revenue and Planning. “The three cities we’re adding to our network – Key West, Portland and Jackson Hole – are gateways to some of the United States’ most scenic destinations, including national parks and other outdoor attractions that are in high demand.” 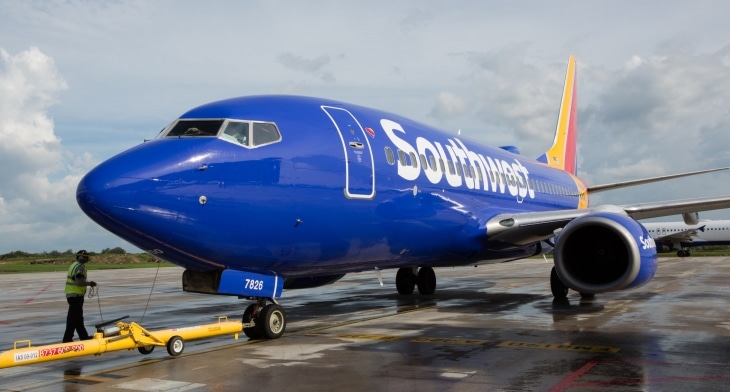 US low-cost carrier (LCC), Southwest Airlines plans to boost its links to California by serving both Santa Barbara Airport and Fresno Yosemite International Airport in the second quarter of 2021.

“Our arrival in the heart of California, both on the Central Coast and in the Central Valley, will round out nearly four decades of investment in our California Customers and communities,” said Southwest Airlines CCO and Executive Vice President, Andrew Watterson.

“While other airlines seem to fall in and out of love with the state, we’re focused on increasing the reach of our low fares and flexible policies in places where we expect them to make a difference.”

Kevin Meikle, Director of Aviation for Fresno Yosemite International Airport, added that the new links are in response to demand from residents and businesses throughout Central California to be able to benefit from the LCCs service and connectivity. “Southwest will expand the Central Valley’s air transportation gateway to Yosemite, sequoia  and Kings Canyon National Parks, and we look forward to our new partnership with Southwest and their arrival in the spring,” he said.

Meanwhile, Mayor Cathy Murillo of Santa Barbara, said: “We salute Southwest’s bold decision to enter one of the most vibrant and beautiful regions in California, bringing visitors to our sweeping coastline to experience our mild Mediterranean climate and distinctive Spanish-influenced architecture. For our residents, our partnership with Southwest will energise the economic rebound to come in 2021.”

Following the first Southwest flight to Palm Springs on 19 November, the addition of Fresno and Santa Barbara will position Southwest Airlines as an option in 13 California airports before summer 2021, further deepening the airline’s commitment to the Golden State. 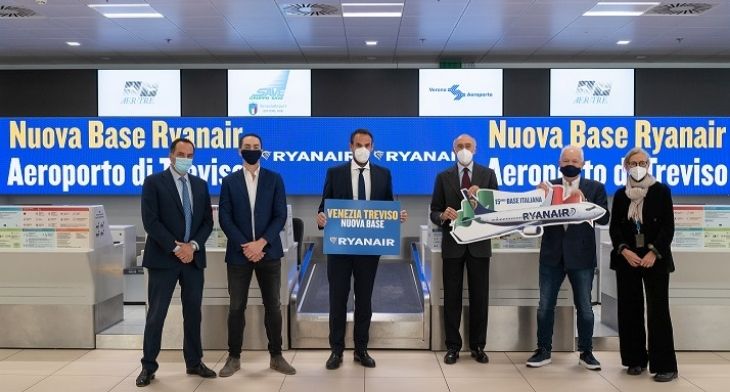 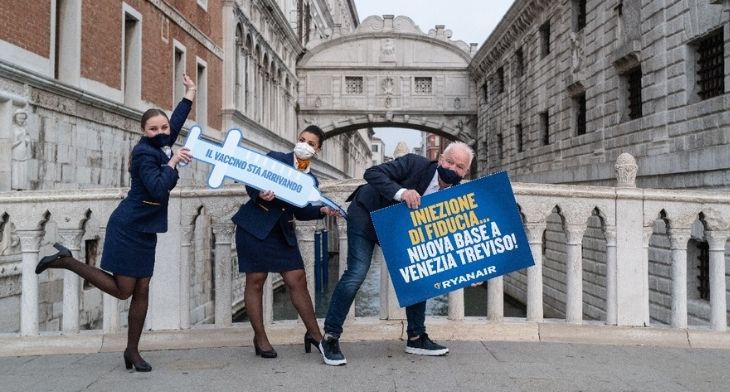 Europe’s popular low-cost carrier, Ryanair, has launched a new base at Venice Treviso Airport in Italy. The LCC will officially open its base on 30 March 2021 with two based aircraft – an investment of $200 million – and 45 routes connecting the Italian hub both domestically and internationally to more than 20 countries across Europe.

The airline plans to deliver increased connectivity throughout the Veneto region across its three airports of Venice Marco Polo, Verona and now Venice Treviso. It will serve 60 routes in total delivering more than 3 million customers per year and supporting around 2,000 jobs.

“We are delighted to launch our 15th Italian base which represents a $200 million investment at Ryanair’s Venice Treviso Airport,” said Ryanair’s CEO, Eddie Wilson.

We have a strong affiliation to Venice Treviso, since Ryanair’s first ever flight to Italy in 1998 was from London Stansted to Venice Treviso. Italy is one of Ryanair’s biggest markets and we want to continue to support the economic recovery as well as regional and international connectivity across the country.

From its base at Venice Treviso, Ryanair plans to serve a total of 45 routes for the summer 2021 season. This will include six domestic and 39 international routes and will include leisure and business routes such as Alghero, Alicante, Frankfurt-Hahn, Paphos, Pescara, Riga, Tel Aviv, Thessaloniki and Trapani.

Ryanair has partnered with SAVE Group in developing connections to the Veneto Region based on efficient operations and competitive airport charges, paving the way for traffic growth and new routes at its new base.

“With the recent encouraging news that vaccines will soon be available, we are pleased to continue delivering growth to the region despite the current challenges of the COVID-19 pandemic but we need to start now on the road to recovery,” concluded Wilson. 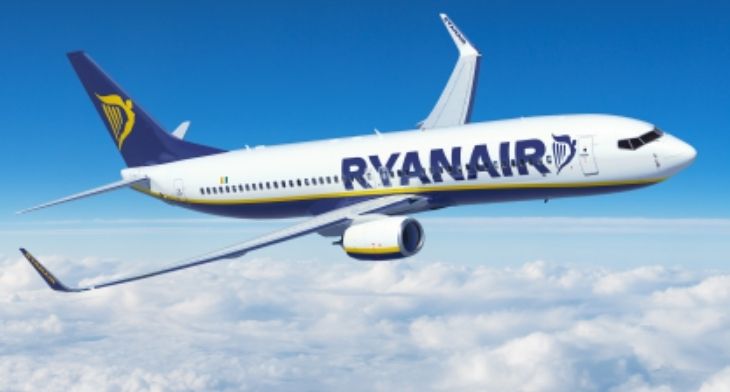 The Irish low-cost carrier (LCC) Ryanair plans to expand its presence at Paris Beauvais Airport, where it is already the largest operator at the airport in terms of capacity.

From 3 December the LCC will base two aircraft (an investment of $200m) and serve 32 routes (including two new routes to Paphos in Cyprus and Manchester in the UK) connecting Paris to 13 countries across Europe. The investment will see the airline serve more than 105 weekly flights from the airport and generate more than 2,300 direct and indirect jobs.

Ryanair’s Director of Commercial, Jason McGuinness explained that the airport’s efficient operations and competitive airport charges had been integral to Ryanair’s long-term investment in the hub, as it offers the means for traffic growth and new routes. “We are delighted to announced a $200 million investment at Ryanair’s fourth French base in Paris Beauvais Airport. This development will create over 2,300 direct and indirect jobs at a time when other airlines, including Air France retrench and reduce capacity and investment, despite receiving €7bn in discriminatory State Aid,” he said.

Expressing his delight at the expansion plans, Paris-Beauvais Airport’s Chairman, Francois Rubichon, commented, “Paris-Beauvais Airport is delighted for this achievement and to see such a mark of confidence from our first airline partner, the leading European carrier, Ryanair. ” He added:

Our historic relationship has been strengthened and is now evolving to a new dimension with this operational base, its job an the potential development it will allow, especially in such challenging times for air transport.

Finally, Paris-Beauvais Airport is the first base announced by Ryanair in Europe since the beginning of the crisis and materialises the hard work carried out for several months between SAGEB and Ryanair teams.