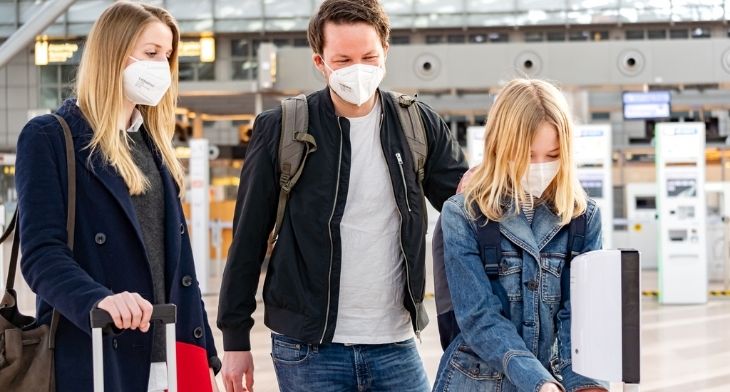 Germany’s Hamburg Airport has been recognised for its high level of coronavirus safety measures. With European travellers longing to head away to foreign shores this summer the airport has been awarded the Airport Council International’s (ACI) Airport Health Accreditation Programme certificate – making it the fourth ACI-certified airport in Germany, following the hubs of Frankfurt, Munich and Berlin-Brandenburg.

The certification, which is valid for one year, takes into account diverse factors in all aspects of airport operations including: the possibility for social distancing, cleaning and disinfection, spatial layout and passenger facilities, passenger communications, and the protection of personnel.

“Many people in northern Germany are longing to fly on holiday again or to see their friends and family who live far away,” said Michael Eggenschwiler, CEO of Hamburg Airport. “Business travellers want to meet their partners in person again. Passengers rightly expect a high standard of hygiene and safety measures. At Hamburg Airport, we are doing everything to ensure that passengers feel safe and at ease here. That is why we had our performance reviewed on the basis of independent criteria – successfully. Certification in the ACI Health Accreditation programme confirms that the measures we have put in place are well thought-out and effective, and that they are applied consistently.”

Hamburg Airport has implemented numerous hygiene and protective measures to make travel as safe as possible since the start of the global pandemic. An inter-department Expert Group maintains constant communication to ensure the measures always keep pace with new regulations and developments. Employees in almost every functional role at the airport are represented, bringing with them a broad spectrum of expertise.

Passengers as well as the general public are able to undertake a coronavirus test at the airport from service providers, Centogene and EcoCare.Both PCR tests and rapid antigen tests are available, subject to charges. 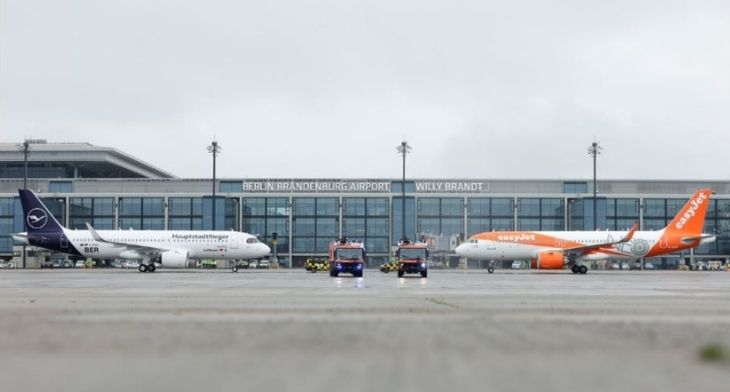 Nearly a decade behind its original schedule Germany’s Berlin Brandenburg Willy Brandt Airport finally opened on 31 October. The opening was marked by the arrival of an easyJet aircraft and a Lufthansa aircraft.

The airport, which came in some €4 billion over budget, has been beleaguered by multiple setbacks and complaints but finally opened amid a global pandemic that’s crippling the aviation industry with Germany currently in its second lockdown.

Located in the Schönefeld region southeast of Berlin, the 1,470-hectare site has been billed as a state-of-the-art air transport hub that will enable greater connectivity particularly for long-haul destinations. The airport’s new Terminal 1 and Terminal 2 terminals are located between two parallel runways, which can be operated independently of each other. Terminal 5, the former Schönefeld Airport, is located in the northern area and is expected to remain home to the low-cost carrier, Ryanair.

Berlin Brandenburg Willy Brandt will replace the old Tegel airport in former West Berlin, which is due to close within a week. The airport was originally planned to be a major hub airport to rival the likes of Frankfurt, London Heathrow and Paris Charles de Gaulle, but so far the services on offer are dominated by low-cost carriers, including easyJet and Ryanair, with Lufthansa’s budget subsidiary, Eurowings, flying point-to-point within Europe.

Speaking at the opening, Engelbert Lütke Daldrup, CEO, Flughafen Berlin Brandeburg, said: “Finally we have an up-to-date airport – a gateway to the world.” He cited the excellent transport links from the airport, including rail connectivity to the city and across Germany and he said the new airport offers a modern, energy efficient building. Referencing the airport’s opening amid a global pandemic he commented, “We want to make a contribution to boost the local economy following the COVID-19 pandemic. We will work hard to boost connectivity by attracting new carriers and increasing services from the airport.”