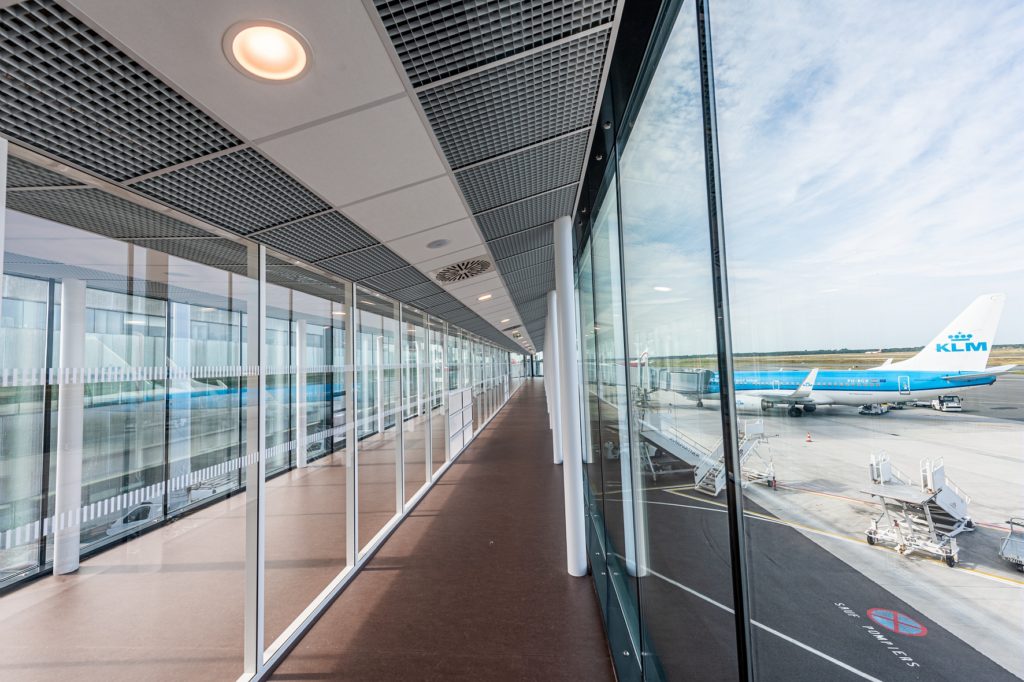 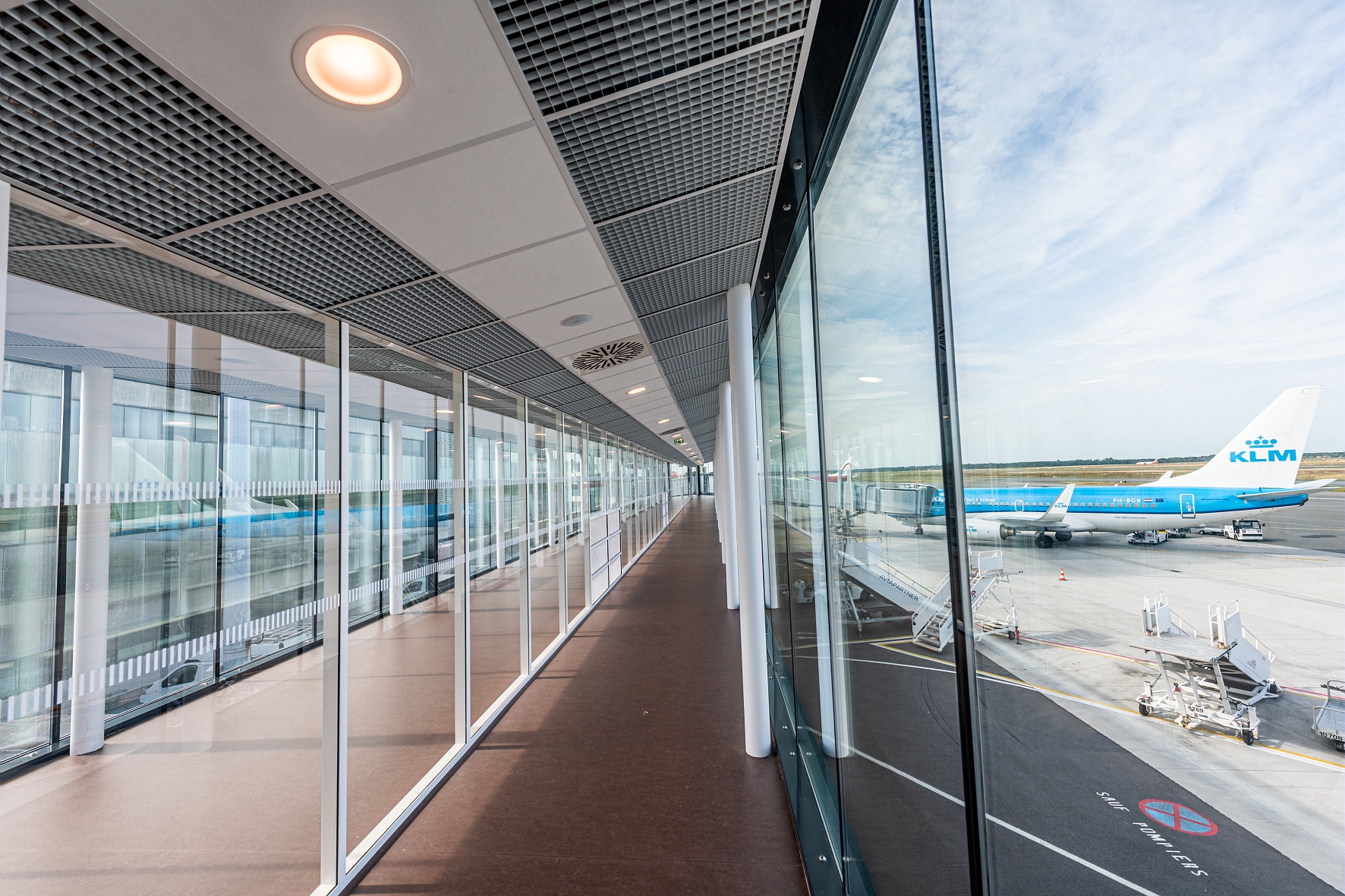 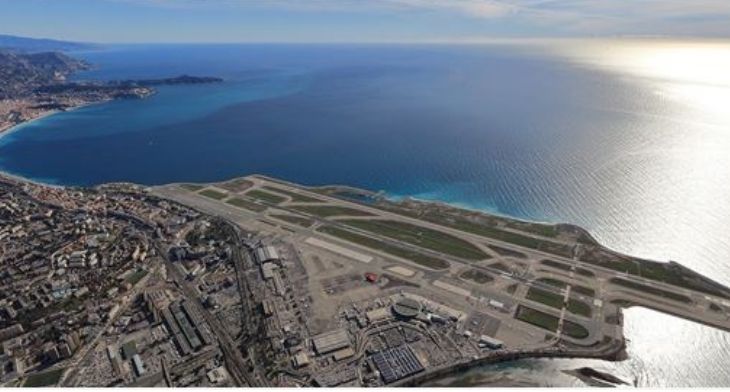 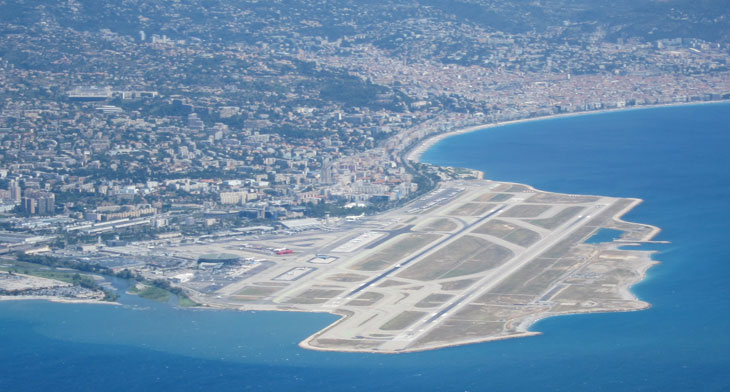 The French airport group, Aéroports de la Côte d’Azur, which owns and operates Golfe de Saint-Tropez, Cannes-Mandelieu and Nice Côte d’Azur airports has taken an essential next step towards achieving its goal of full net-zero emissions by 2030. The group has been awarded Airport Carbon Accreditation level 4+ certification, making it the first airport group in France, and the second in Europe, to receive this level of accreditation.

The group started its reforestation operations either on site or adjacent to the three aiprorts in its portfolio in 2020, which has created natural carbon sinks capable of absorbing up to 300 tonnes of CO2 equivalent per year as the trees grow.

Despite the growth in air traffic for all three hubs, emissions have been cut and absorption has been increased directly in the surrounding region.

“Receiving the Airport Carbon Accreditation level 4+ is not just a medal or a pretence covering up a greenwashing operation,” explained Franck Goldnadel, Chairman of the Board of Directors of Aéroports de la Côte d’Azur. “It represents the international recognition of a sincere commitment and an ambitious and unprecedented action plan.

When we reduce the absolute value of our direct emissions, we help to protect our region. This involves taking numerous actions, being innovative and looking for solutions that help to reconcile air transport with air quality requirements on a daily basis. This is the course of history, and we want to be its laboratory.”

Meanwhile, Golfe de Saint-Tropez Airport has become the first airport in France in a position to claim net-zero emission, without any offsetting. Since taking over the Golfe de Saint-Tropez Airport in 2013, the group has slashed the airport’s direct emissions by 62%. In 2020, the airport’s residual emissions totalled less than 17 tonnes, a s a large-scale operation was launched to reforest 1 hectare of woodland, representing the capacity to absorb almost 30 tonnes of CO2 equivalent. These actions enable the airport to achieve net-zero emissions carbon-neutrality without any offset, and to ultimately absorb part of the emissions from semi-cruising aircraft.

Commenting on how the airport, for which Aéroports de la Côte d’Azur conducts all the ground operations itself, has been used as a test bed for new ideas and innovations where the airport group can trial solutions and implement its carbon-neutral policy. “The progress we have made and its benefits for the region have motivated us to go even further on all our airports in order to ultimately achieve net zero, without any offset, and to step up the efforts being made in the entire aeronautical industry to make the energy transition.”

Sustainable measures that have been adopted at the airport include replacing high-energy light bulbs with LEDs, creating light wells in the offices to limit the use of artificial lighting or insulating certain parts of buildings. Other simple, but more costly solutions, such as consuming only renewable energy and electrifying the fleet of ground vehicles and runway machinery have also been introduced. Four vehicles have been equipped with anti-smog devices, which immediately reduce emissions of NOx and fine particles by 67% to 94%.

CCTV cameras at the airport have also been replaced with infrared cameras making it possible to switch off the powerful spotlights used to secure the airport at night. Without this artificial light, and with the silence produced by closing the runways at night, local bird species are able to enjoy the peace and quiet.

“The actions we have taken over the last few years have helped to reduce emissions on a worldwide scale, by consuming exclusively carbon-free electricity, and to improve air quality in the region, by adopting solutions that drastically reduce emissions of NOx and fine particles,” added Isabelle Vandrot, Head of Sustainable Development and Environment at Aéroports de la Côte d’Azur. 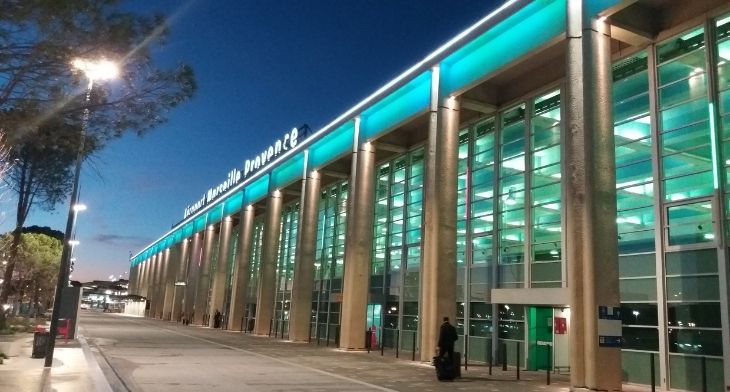 With the aviation sector still reeling from the global pandemic, France’s domestic air transport sector has received a further blow with French lawmakers voting late on Saturday to abolish domestic flights on routes that can be covered by train in under two-and-a-half hours.

The vote was made by the National Assembly and is in line with government efforts to lower carbon emissions and is part of a broader climate bill that aims to cut French carbon emissions by 40% in 2030 from 1990 levels. There will be two more rounds of voting before this is formally approved. The measure is expected to impact five domestic routes out of France’s existing 108-route-strong domestic network. These include: Paris (Orly) to Bordeaux; Orly to Lyon; Orly to Nantes, Orly to Rennes; and Lyon to Marseille.

The vote came shortly after it was announced that the French government said it would more than double its stake in Air France-KLM by contributing €4bn to recapitalise the airline.

France’s Industry Minister Agnes Pannier-Runacher told Europe 1 radio, “We know that aviation is a contributor of carbon dioxide and that because of climate change we must reduce emissions. Equally, we must support our companies and not let them fall by the wayside.”

The bill to cut back domestic flights will next week go to France’s Senate to vote on. 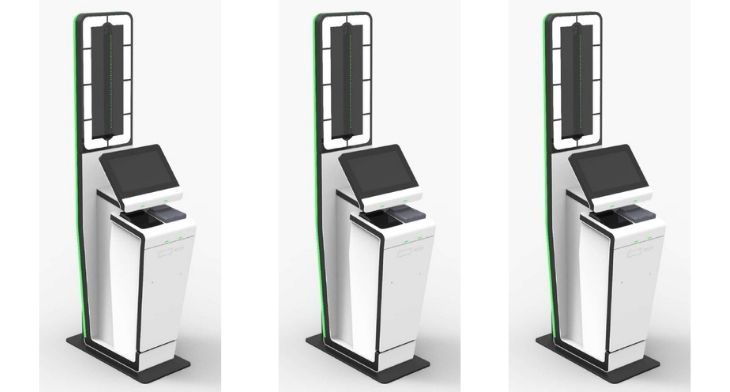 In an effort to secure borders in France ahead of the new Schengen Area Entry/ Exit System,which will come into effect from February 2022 to register non-European citizens crossing an EU external border, the French Government has selected Thales to install several hundred biometric entry and exit registration systems at various border crossings including airports situated throughout the country.

“This new European entry and exit system represents a major challenge for Member States,” said the French Ministry of the Interior. “On the one hand, they are required to be ready and compliant with the regulations by 2022; on the other hand, they are faced with the operational reality and the fact that millions of people have to be processed each year, for whom we want to offer the smoothest possible experience,” stated the French Ministry of the Interior.”

In line with the directive approved by the European Union, those countries that are part of the Schengen Area will be required to deploy pre-registration kiosks or similar equipment in order to allow non-schengen visitors to register their identity quickly and securely, including their biometric data (fingerprint and facial biometrics).

“Thales’ expertise in identity and border management provides us with technological reliability, without having to make a choice between security and ease of use,” added the French Ministry of the Interior.

“The pre-registration kiosks are equipped with our state-of-the-art technologies for identity creation and verification,” explained Youzec Kurp – SVP Identity and Biometric Solutions at Thales. “They are based on software optimised for ultra-rapid checks of a document’s authenticity and intelligent detection of any attempted identity fraud. We have therefore been able to develop high-performance tools to support operations, without compromising the safety and protection of travellers’ data.”