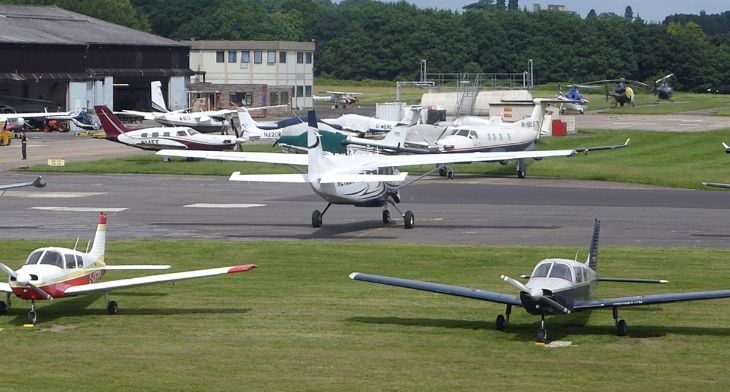 Outlining plans to save threatened UK airfields, the General Aviation Awareness Council (GAAC) has proposed a fourth category of land to the UK Government that would aid in balanced economic development – through the recognition of valuable ‘Infrastructure’.

According to GAAC, the lack of an ‘Infrastructure’ category airfields are instead deemed ‘Protected’ rendering them unable to evolve and become commercially viable, and leaving them vulnerable to housing developers. Published last August the UK Government’s Planning White Paper highlighted a proposal to create three ‘Zones’ to streamline the planning process and speed up provisions for new housing. The three zones included: Growth – areas suitable for substantial developmet; Renewal – areas suitable for development; Protected – restricted development. The GAAC suggested an amendment to include a further planning zone for Infrastructure – to include general aviation airfields.

With small airfields complementing future flight projects such as Unmanned Aerial Vehicles (UAVs), including commercial drone deliveries and air taxis, the Council highlights that more environmentally sustainable ‘green’ aircraft powered by electricity, hydrogen (or multi-fuels like used cotton) are either already UK licensed or about to be.

After the government’s failure to confirm airfields as a specific use the perception that they were ‘brownfield’ sites made them an easy target for developers, said Gilder. “This created a major issue for the GA sector, even with the National Planning Policy Framework Review Amendments of 2018.”

He added that, “A combination of the demand for housing and the perception that airfields are underused, cheap land ripe for development due to a lack of planning protection has meant a large number of aerodrome sites have already been lost. Many others (50 plus) are under threat.”

Currently it is almost impossible to create a new airfield. “Therefore, the existing resources must be regarded as irreplaceable,” said the GAAC, adding, “There has never been clear planning policy determining how Local Plans should deal with most of the smaller GA aerodromes.”

In addition, a lack of knowledge among Local Authority planners exacerbates the situation. So, along with the new ‘Infrastructure’ category, the GAAC would like to see supporting guidance for planning officers.

The GAAC believes that current protection of GA aerodromes is inadequate and notes: “The CAA’s current guidance  is to lodge a ‘Safeguarding Map’ with the Local Planning Authority and agree for the aerodrome to be consulted on any planning applications which infringe the Map. However, other development which does not infringe the ‘Obstacle Limitations Surfaces’ on a Safeguarding Map  could have a major adverse impact on the safety and, therefore, viability of aerodrome operations. The recent extension of the ‘Agent of Change’ principle to aviaition activities is helpful but needs to go further.”

The GAAC would like to see strategically important aviation infrastructure sites supported by planning policy which “gives general protection and a general principle that additional related development should normally be allowed.”

Importantly, “any proposal to permanently remove the asset should require the proposer to adequately demonstrate the justification or otherwise for this. An Independent Planning Inspector would then be instructed to asses and adjudicate – based on viability, the degree of criticality within the overall network, and contribution to the local economy and local community.”

The GAAC also says there is “currently little consistency in the way GA aerodromes are treated in planning policy and administration. Inadequate understanding of the requirements and functions of GA aerodromes and their value to the community frequently leads to issues, and there are recurring anomalies around the application of planning policy and the necessity for operational safeguarding at airfields.” In addition, all airfields should have clear and consistent planning Permitted Development Rights and LPAs should be widely circulate that this is the case.