The build-up to this year’s Farnborough International Airshow is now in full swing, as the final preparations are made at TAG Farnborough Airport for next week’s event which lasts from 16-22 July.

Describing itself as the business aviation gateway to London, TAG Farnborough will be offering restricted opening hours to business and general aviation aircraft throughout the week.

The airshow, which takes place every two years, is one of the most iconic aviation events in the UK. The first five days are dedicated to trade with over 1,500 exhibitors pitching their wares and showcasing their innovations. The last show in 2016 saw $124 billion orders and commitments placed.

The static display gives visitors the opportunity to view aircraft up close, while the Farnborough International Airshow Business Aircraft Park (BAP) is dedicated to business aircraft manufacturers, their products and services and is now an integral part of the show. Flying displays will take place throughout the week in the afternoons, leaving the first part of the day free for business activity, and throughout the public weekend (21–22 July). 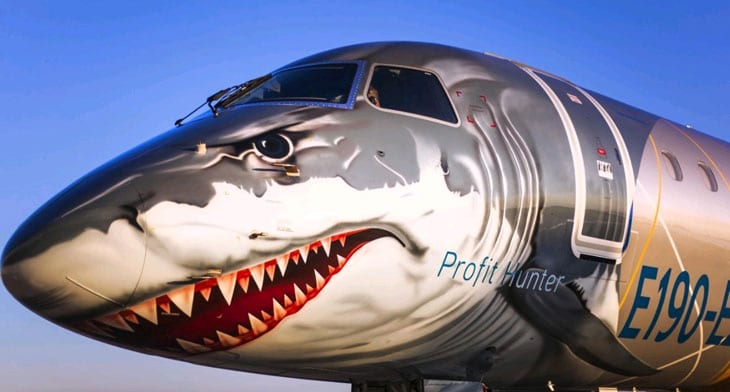 There will be plenty of news emerging from the show relevant to the regional and low-fare aviation sector too. Japanese manufacturer, Mitsubishi, will be showcasing its long-overdue MRJ90, which will take to the skies for its inaugural public flight display during the show. Meanwhile Embraer will be keeping itself in the limelight with its shark-faced E190-E2 and Franco-Italian turboprop manufacturer, ATR, is expected to entice interest from the US and Chinese market, after forecasting considerably lower sales this year than in 2017.

Cargo will take the spotlight at this year’s show with a 1,000m2 village centred around a static display of ‘giants of the sky’, including 747s, while for the first time there will be a dedicated cargo conference programme. While this year’s show also promises to be one of the most female friendly with women from across the industry, including Baroness Sugg, the UK’s aviation minister and Katherine Bennett, senior vice president Airbus, attending to talk at various conference sessions to encourage and promote women and young girls in the aviation sector.

Highlights during the week will include a special appearance from British astronaut, Tim Peake, on Futures Day, which will be held on Friday 20 July, as well as real-life ‘Iron Man’, Richard Browning, flying above the runway in a lightweight ‘Gravity Jet Suit’ with small engines mounted on each arm and behind his back.

Attending the Farnborough International Airshow next week? Drop by the HMG Aerospace booth (4012) in Hall 4 and meet the team. We will be hosting a Beer & Bubbles drinks reception from 4.30pm onwards on Tuesday 17 and Wednesday 18 July.