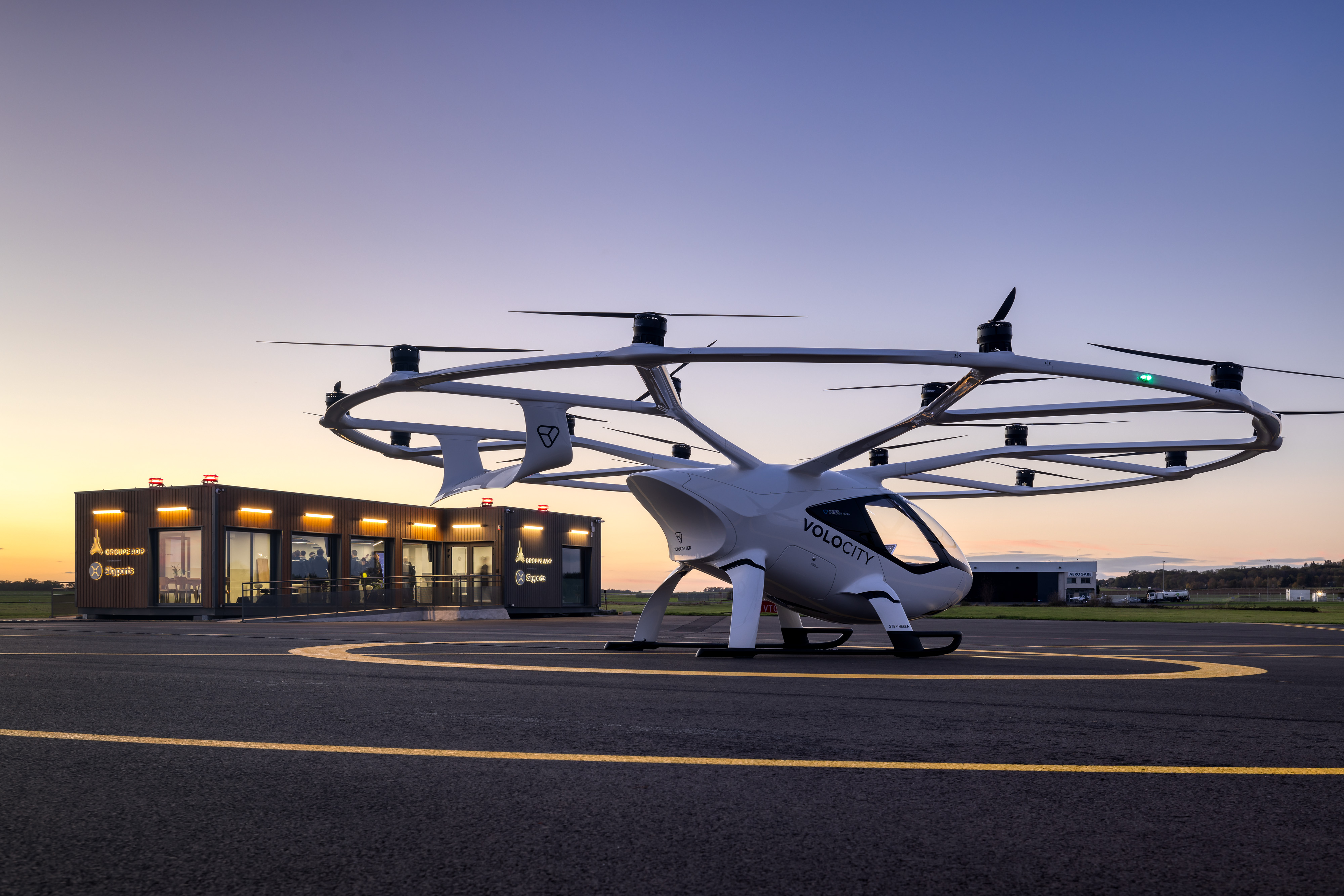 Thursday 10 November saw Skyports mark a milestone for Advanced Air Mobility (AAM) when it partnered with Groupe ADP and Volocopter to launch its vertiport testbed at Pontoise-Cormeilles airfield in Paris.

Speaking at the launch, Duncan Walker, CEO of Skyports said: “The Pontoise-Cormeilles terminal is a physical demonstration of the fact that innovation won’t occur in isolation; it requires collaboration from a multitude of area experts, including operators, vehicle manufacturers and technology developers, each of which have  an important role to play in achieving the ultimate objective of commercial AAM services. With the completion of the terminal, we will now begin comprehensive testing of procedures and technologies in a realistic aviation environment, creating a space for Skyports and consortium partners to accelerate the industry.”

The launch event provided an opportunity to demonstrate the end-to-end passenger journey, from arrival at the terminal to aircraft boarding. A model of the VoloCity, which is being developed as Volocopter’s first certified aircraft for commercial services, was featured at the launch, in addition to a crewed test flight of the 2X model. The latter is the only aircraft currently authorised by the French civil aviation authority DGAC for electric vertical take-off and landing (eVTOL) test flights in France. Other demonstrations included flight monitoring capabilities and digital operating systems, including Skyports’ vertiport operating system and the VoloIQ.

The Re.Invent Air Mobility testbed (as the facility is named) is currently the most extensive technology-enabled test site for AAM in Europe. The consortium behind it is formed by French airport operator Groupe ADP, Choose Paris Region and RATP Group and is made up of 30 ecosystem partners. It focuses on a range of topics to facilitate the development of the industry, including vehicle department, vertiport infrastructure, airspace integration and public acceptance.

Augustin de Romanet, Groupe ADP Chairman and CEO added: ” In Pontoise-Coremeilles, we are taking a new decisive step in the development of electric air mobility. The passenger terminal marks the final stage in the development of the Pontoise testbed, and the completion of a volocopter flight fully integrated into the airfield’s airspace is the epitome of a year of very ambitious test campaigns. We are now looking ahead to 2024: the development of all use cases, including health and logistics. ”

Volocopter’s CEO, Dirk Hoke, also attended the opening where he described the testbed as a “stellar example of ecosystem partners collaborating to accelerate the realisation of UAM. We can test processes, integrate new and old systems, and simulate different operational scenarios to create trust and positive awareness of all stakeholders. Together we will succeed in providing an additional emission-free transport option for the public. Every test is one step closer to commercialisation in time for 2024.”

Make sure you’re subscribed to Regional Gateway magazine to read our exclusive interview with Duncan Walker in the December issue.