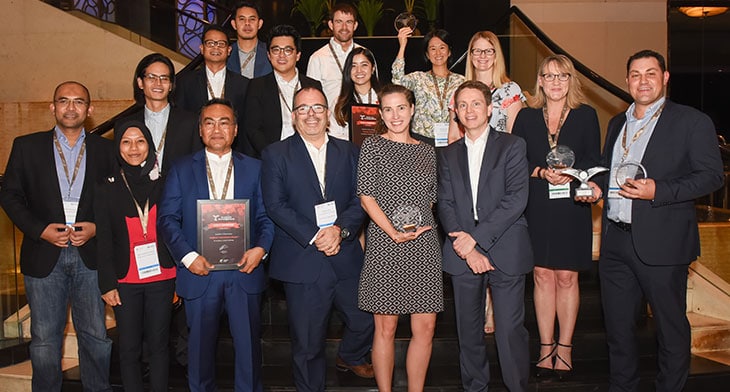 Cambodia’s Sihanouk International Airport has been declared the winner in the Under 4 Million Passengers award at this year’s Routes Asia Marketing Awards, which took place on Monday 11 March at the Radisson Blu Hotel in the heart of the City of Cebu, Philippines.

Meanwhile Langakawi International Airport in Malaysia was highly commended in the Under 4 Million Passengers category.

The awards are nominated and judged by airlines and are highly regarded in the aviation industry for recognising the outstanding market services and teams that have supported the launch of new air routes or the development of existing services.

After being declared the winner of the Over 20 Million Passengers category, Brisbane Airport (BNE) in Australia was named the overall winner at the awards ceremony, while Fukuoka Airport in Japan was highly commended.

Owned and operated by the Brisbane Airport Company (BAC) BNE was recognised as Australia’s most domestically connected hub and the third busiest airport by passenger numbers. During 2018, passenger growth grew by 2.4 percent to a record high of 23.6 million people travelling through Brisbane.

BAC has committed billions of dollars of investment in the airport, including a new runway which is due to open in 2020.

Commenting on the win, Jim Parashos, head of aviation business development airline and retail management at Brisbane Airport said: “We operate in a very competitive environment, not just in South East Queensland but the whole of Australia, so you have to continue to innovate and go above and beyond for your customers. We don’t do it for the awards, but this is fantastic recognition for what we’ve achieved.”

Another Australian airport to be declared a winner at the ceremony was Perth Airport, which took the prize for the 4-20 Million Passengers category, while Adelaide Airport was highly commended in this category.